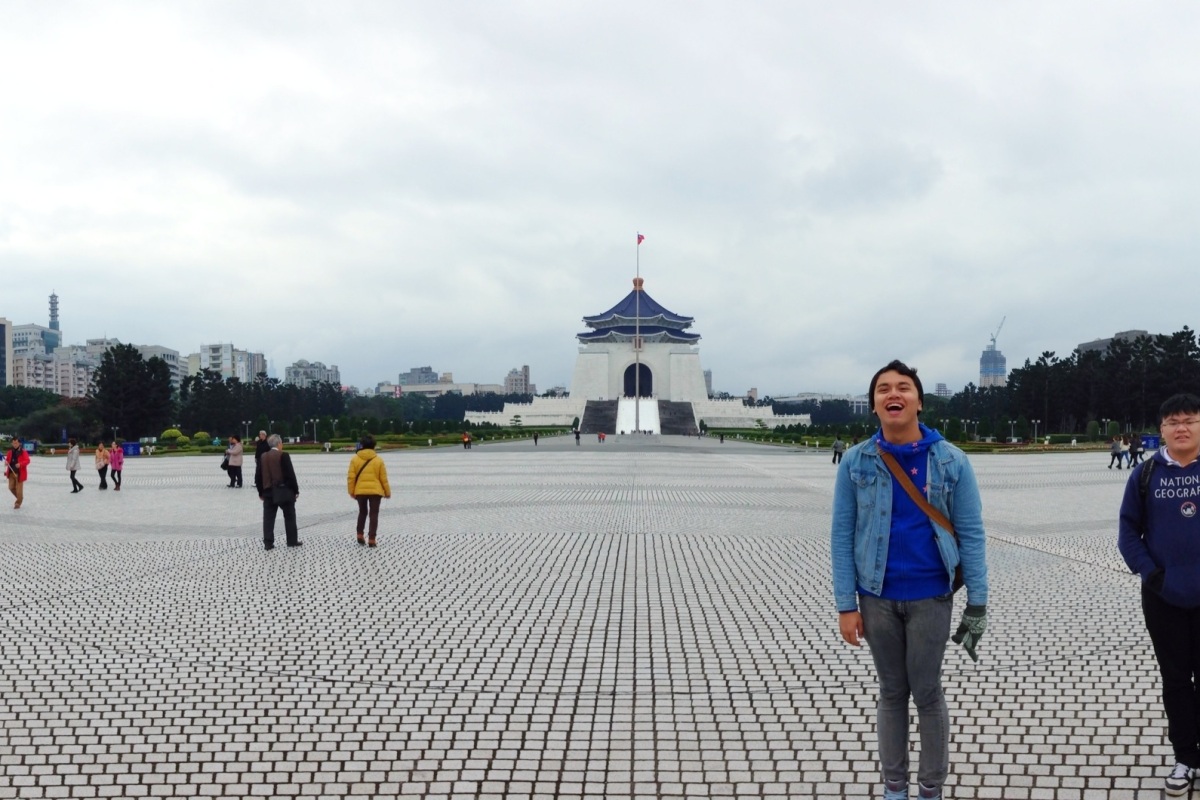 Again, we left the hostel at 9 o’clock to get breakfast, then headed straight to C. K. S. Memorial Station. We exit the station through Exit 5 to the memorial.

The memorial looks ancient, like it was built hundreds of years ago. But the fact is it was built in the 1980s. Nonetheless, I was satisfied to see such a marvelous construction for the late president of Taiwan. The weather was cold and windy. There was no rain! I’m so glad for that. We wouldn’t have enjoyed the stroll at the Peace Park if it was raining. Also we took a lot of good pictures! The memorial is also a place for the arts. We got a chance to watch a live violin players playing Canon.

After that we made a visit to Longshan temple by taking the MRT to Longshan Temple station. Outside the MRT was kind of old school. There were many elderly hanging out playing chess and smoking with their friends. My chinese friend made time to pray there while my other friend and I walked around the temple to appreciate the beauty of the place. There were many people praying. It was very smokey and the incense smell filled the place. Then we went to Bopiliao Old Street which was right near to the temple. There was flea market there. We were done by 1200hrs.

The next place we went to was the youth centre of Taipei. It is a shopping paradise. Ximending is located right at Ximen station. There is the famous Red House there. I have no idea what the place used to be, but the outer look of it is really cool. There are fortune telling shops, adult stores, souvenirs of any kind and of course food! Ximending is really big and I don’t think today was enough to look around for the best gifts. We left Ximending at 1800hrs. We spent six hours there. Walking around that long was seriously tiring.

But for the sake of food and more shopping, we decided to head to the most famous night market of Taiwan, the Shilin Night Market. This wasn’t in our itinerary but we couldn’t just do nothing for the rest of our last second night in Taipei! To go to Shilin Night Market, go to Jiantan MRT station and follow the sign boards. The place was huge. My leg were killing me, but the food was just so good. The shopping was also a bit different than Ximending, because you can bargain a little here. We enjoyed Shilin till 2045hrs and headed to our hostel which was 12 MRT stations away!