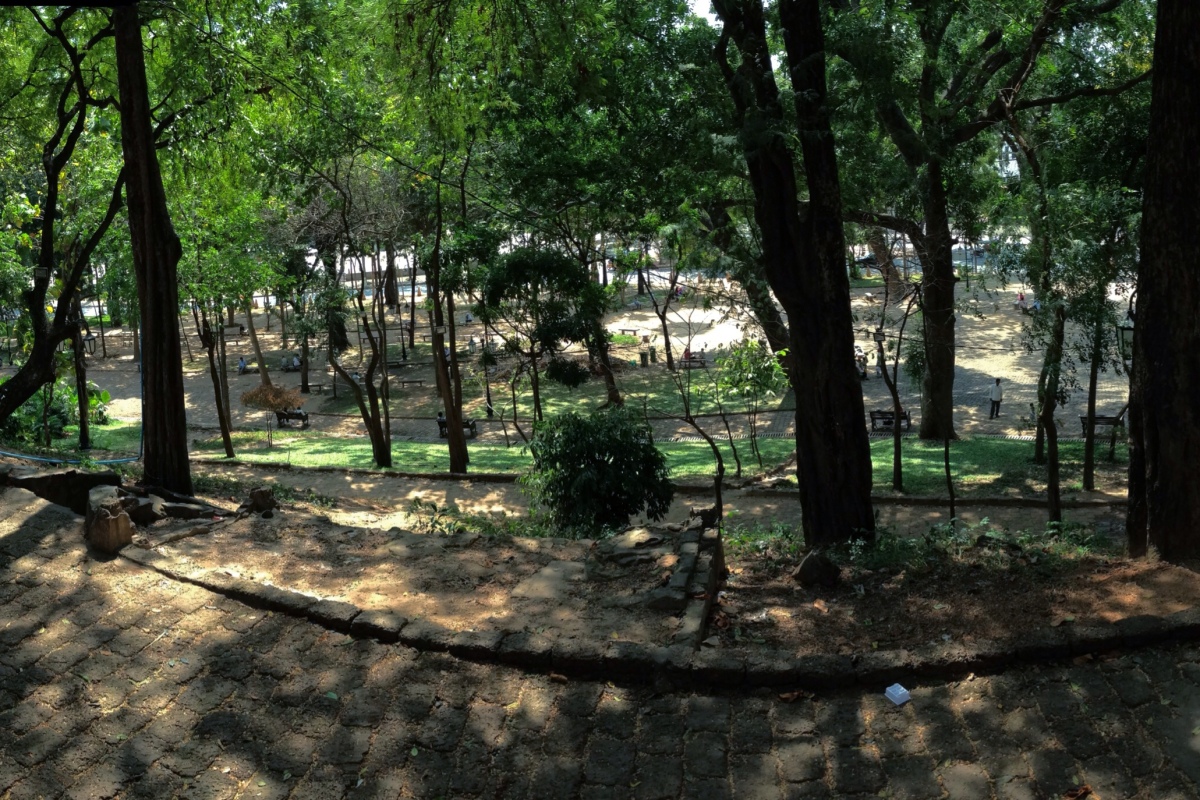 AND WE COME TO THE END OF THE TRIP.

We went to the famous Russian market or Tuol Tom Poung market that sells almost everything. To tourists the market looks like a small and less crowded version of Chatuchak market in Bangkok. We didn’t feel like shopping at first, because we were not ready to bargain in the morning. But after a few warm up, asking $5 for 2 sets of six-pieces “Cambodia” keychains, our bargain juices started to flow. I bought three shirt cost $2 each, 2 four-meters of silk for $30 and other stuff.

Then we went to Wat Phnom that was just like a normal temple. After visiting so many temple in Cambodia and Thailand, I just got tired of it. Not in a bad day though. But because Wat Phnom is relatively new to the majestic Angkor Wat I saw a few days back. The location of this temple was really nice. I sat down with my cousins at the top of the hill by the staircase steps. We played our handphone games and took picture of the cosy and calm place. It was surrounded by tall trees that covered the whole area, making it less hot and I could feel the afternoon breeze while hanging out. It was the perfect place to get away from the dusty neighbourhood.

We ate a late lunch at a restaurant along the Sisowath Quay. The name was Kmer Saravan. The restaurant got a certificate of excellence from TripAdvisor. If you eat there you know why. The food pricing was reasonable. The food was not too expensive and they were delicious. The unique thing was that the restaurant let their customers draw messages or draw flags of the countries they came from and paste the A4 sheet of paper on the walls. There hundreds of them! We, of course, asked for ours to be hanged there! 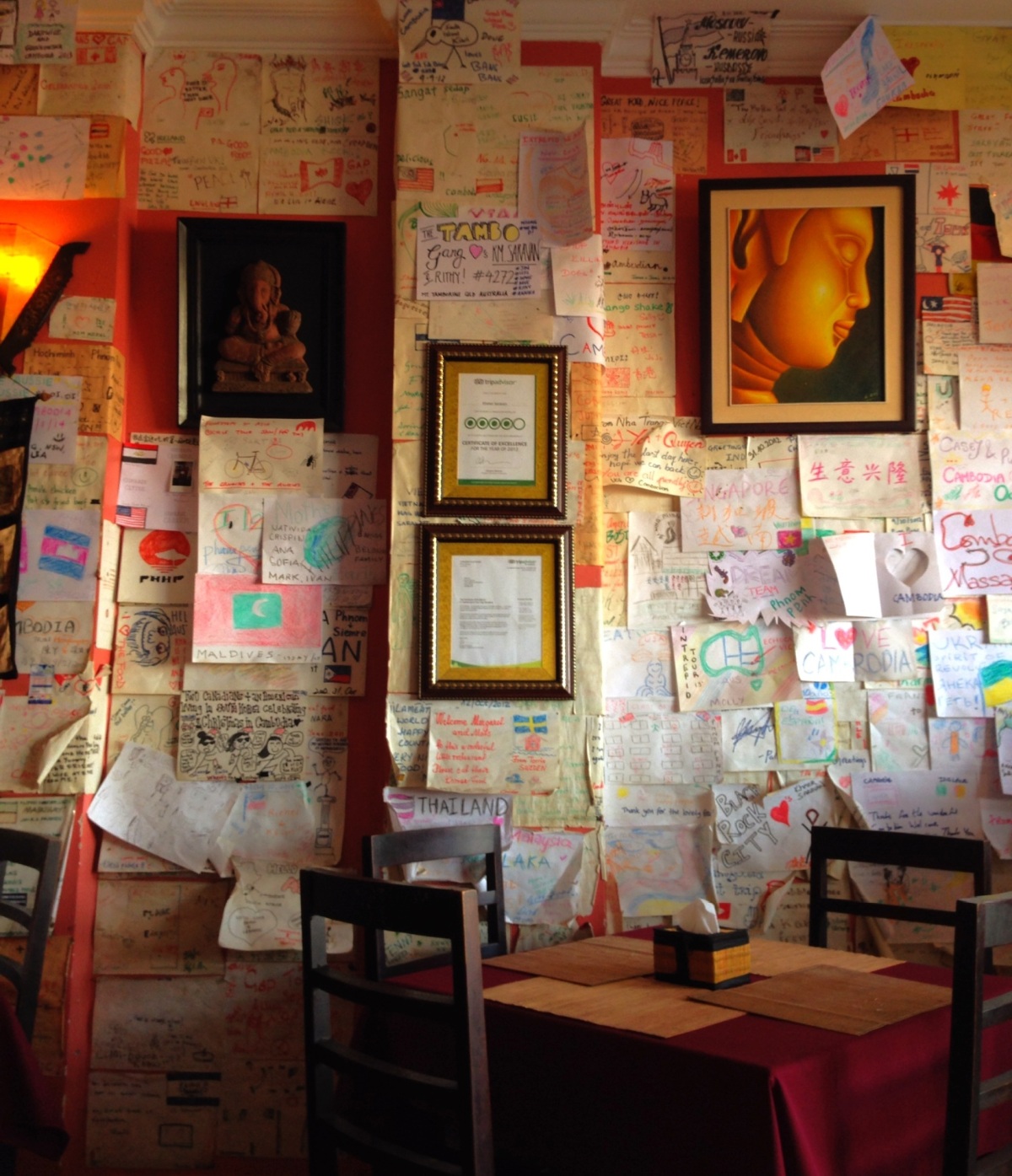 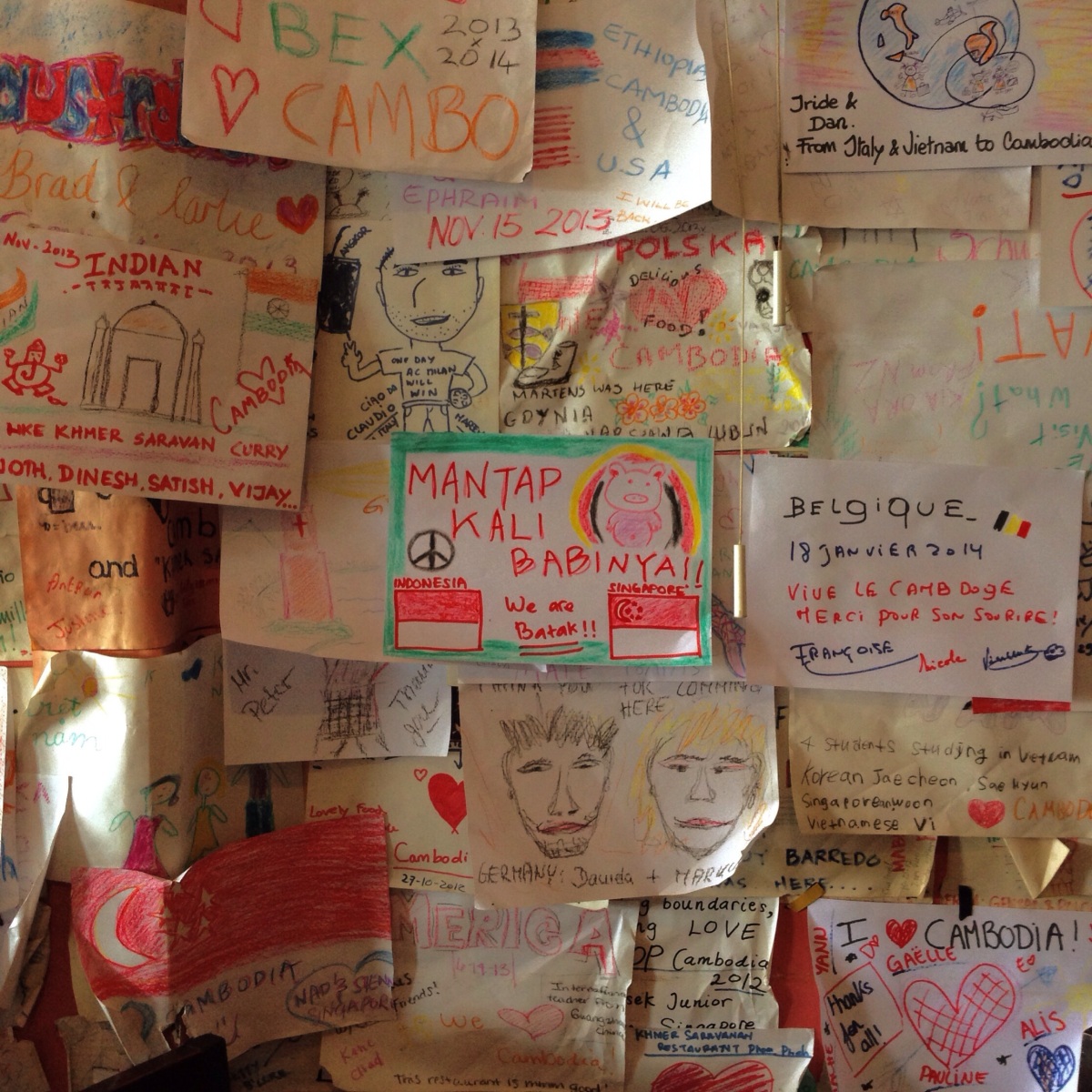 The day was still long for us for our flight at 2100hrs. But I guess that was all of Phnom Penh that we have to visit. We couldn’t afford of buying more things. First was the money issue, second was the space inside our bags. We hang around Pizza Company and used the wifi, the thing that all people look for where ever they go. 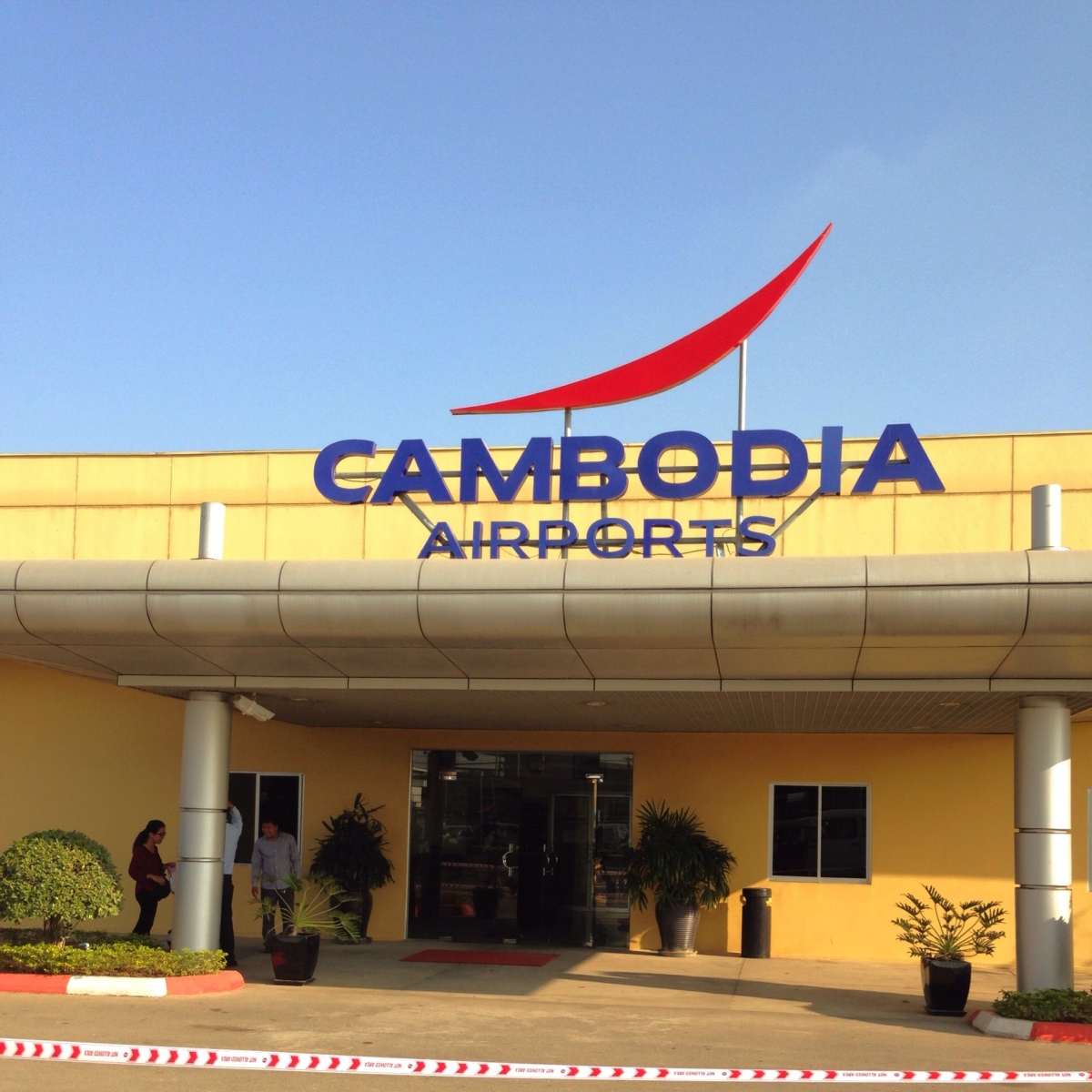 Our flight was delayed from the original 2105hrs to 2215hrs. We were at the airport from 1600hrs. Imagine how much time had to spend at the airport. But fortunately Phnom Penh international airport has free wifi and also shops to browse at. It didn’t feel that long at all actually. I was just thinking of how late we’d arrive at Changi Airport in Singapore. Then I thought, it’d be much better if we can bargain the taxi fare just like in Thailand and Cambodia. But that is just impossible. In Singapore, everything is expensive.

We landed in Singapore at 0055hrs. There were many people arrived at changi around the same time. The line at the immigration was crazy. The line for taxi was crazy too but wasn’t so bad because there were many taxis. But when we got in our taxi the feeling of going home was kind of weird. The road out of the airport was smooth, unlike the bumpy road while riding the tuktuk. And after awhile high rise buildings could be seen from the long highway which we were on to get home. The roads were empty but well-lit, as if there were many road users.

I reached home at 0230 hrs and still had the energy to unpack. So I did.

I am back home safely.

Wait for my reflection from this trip!