I really wanted to see the iconic staircase in Taman Sari, the royalties’ recreational bathing place. So right after I completed the tour around Kraton, I asked for direction to the place and walked there.

Many would prefer taking the trishaw from Kraton, but the 10-15 mins walk was not bad at all. Walking around the area had a unique ambience. I could imagine horse carriages, the transportation then, roamed the narrow streets in between white walls of Kraton complex.

The entrance to Taman Sari was not the front of the whole venue. What we call now as entrance was actually entrance for the servants. The Sultans and his families had entrance for themselves. Shortly after going in, I saw two pools: big and smaller one. I was told by the guide that the big pool was used by the wifes of the Sultan, while the smaller one was for the kids. The Sultan had his own pool behind the watch tower.

After seeing all the pools, including the changing rooms and the saunas nearby, I was brought to the actual entrance of the place. There was an art shop with beautiful, but rather too expensive, art pieces. Outside, there were two artist doing batik painting and carving patterns on the traditional puppet. 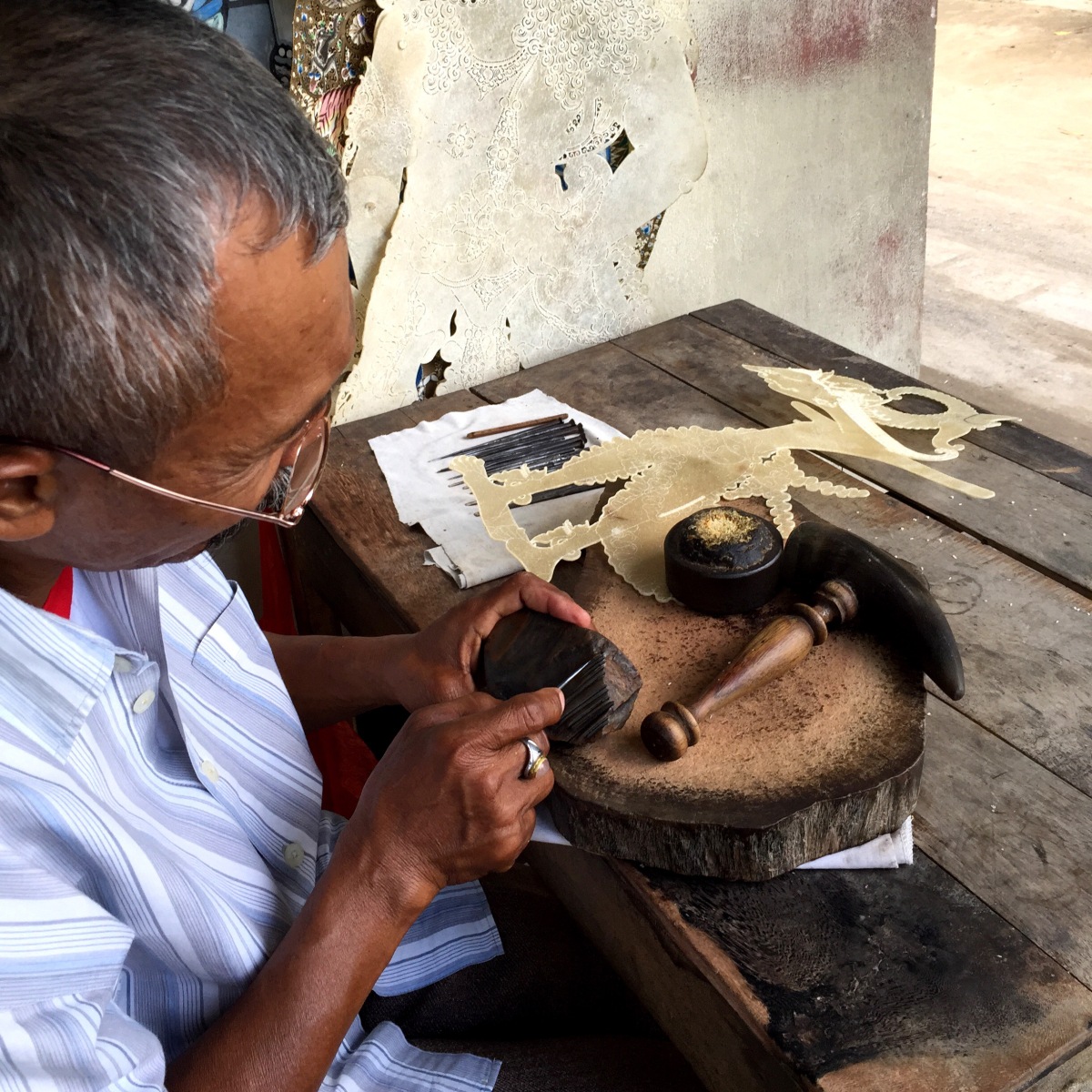 It was a fun journey to the past.