Borobudur is the third UNESCO World Heritage that I have featured on this blog. My fascination on the world heritage made the World Heritage List (WHL) a major bucket list. I want to see every single site and learn about so many things.#3 in 18 Things To Do In Jogjakarta

Borobudur represents a masterpiece of human creative genius. When I visited the place, the guide told me the stories and I could see how it is a masterpiece. Every single detail of the temple has its own significance, making the entire temple a major art piece. I was told that the walls of the temple consist of stories about human experiences and how it would lead to a greater understanding about one-self.

One of the many things that make me wonder about the temple is how it was built in the 8th century. Borobudur was built circling a hill, covering the top of it. Worshipers supposed to walk clockwise around the structure. The fact that it is actually covering the top of a hill, like a cap worn on the head, Borobudur stands strong following the ground movements during earthquakes. Its floors are huge interlocking stones that prevent sliding. This helps to stabilise the whole temple as earthquakes strike. 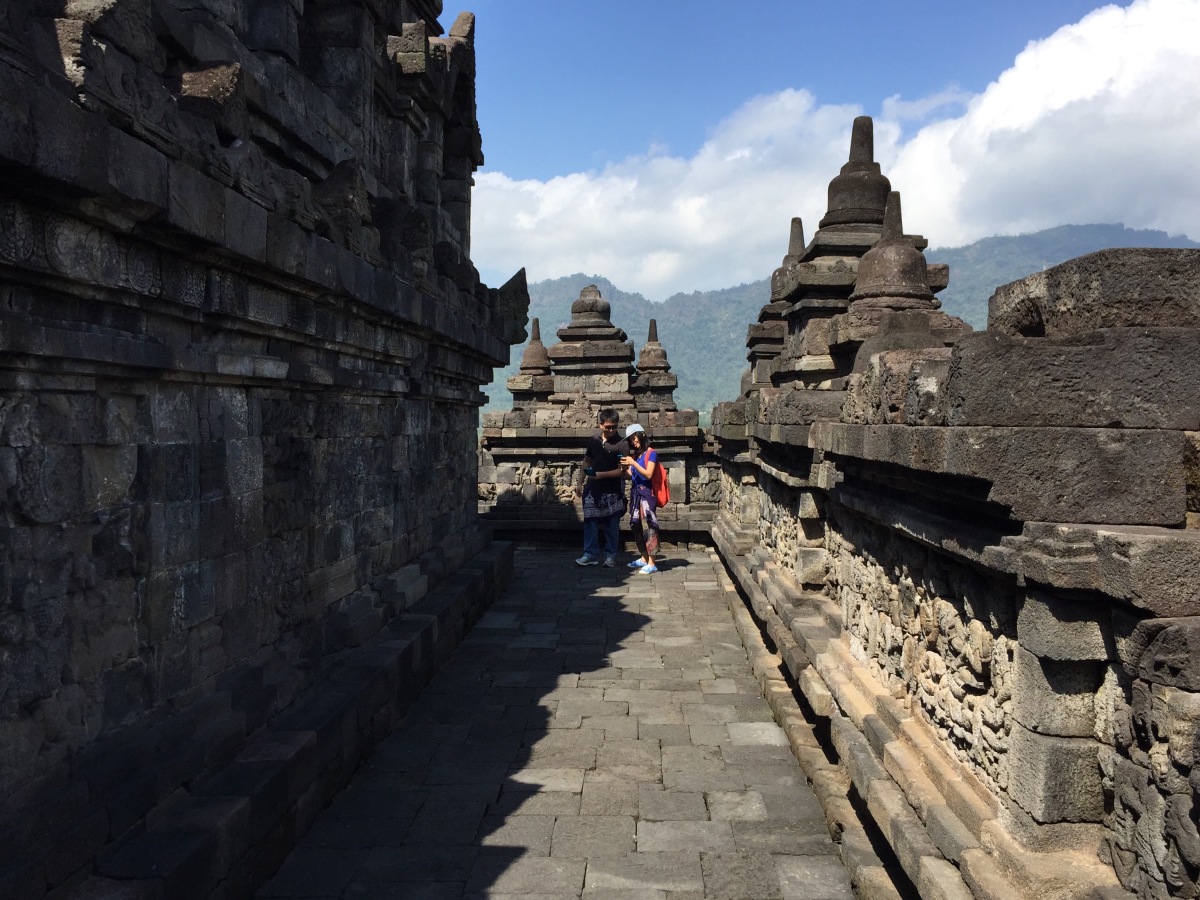 Borobudur is located in Magelang, a town one-hour drive from Jogjakarta. The ticket prices differ for local and international tourists. While locals only have to pay Rp 30,000, International tourists Rp 250,000. Children and students have special prices. But they don’t really check where you come from. The fee is for preservation and maintenance of the temple and the gardens. And toilets. Also, the tour guides was provided free and they speak english. That requires training.

I was very excited to see Borobudur and walked right behind the guide, totally forgetting the group I was with. Lovely view, right?

And not long after that slight turn, Borobudur stands right at the end of the path, at the top of the hill.

The tour guide said that it would take more than a day to tell the stories craved on the walls of the temple. This was the start of his tour. He was sharing the story with passion. At one point, he recalled his experience of the 2010 earthquake while showing a group of tourists around. He told us that he felt the temple moved and thought that he was going to die in the temple. He showed us the goosebumps on his arms while he was telling the story. He went on telling us that the temple was cleverly designed to be earthquake-resistant.

Of course the small stones would still fall and got damaged during earthquakes. But overall, I could see that the collaborations between countries in preserving the beautiful structure paid off. The guide showed the group some of the headless Buddha statues and told us that before the there were efforts to preserve the temple, people would come and steal the heads of the statues to sell them for fortunes. Since the restorations began, many Buddha heads were retrieved from all around the world and put back where they belonged. Borobudur Temple is there for us to wonder about humans, just like us, in a different era. Can you imagine, the world most populous muslim country has one of the oldest and majestic Buddhist temple in the world. 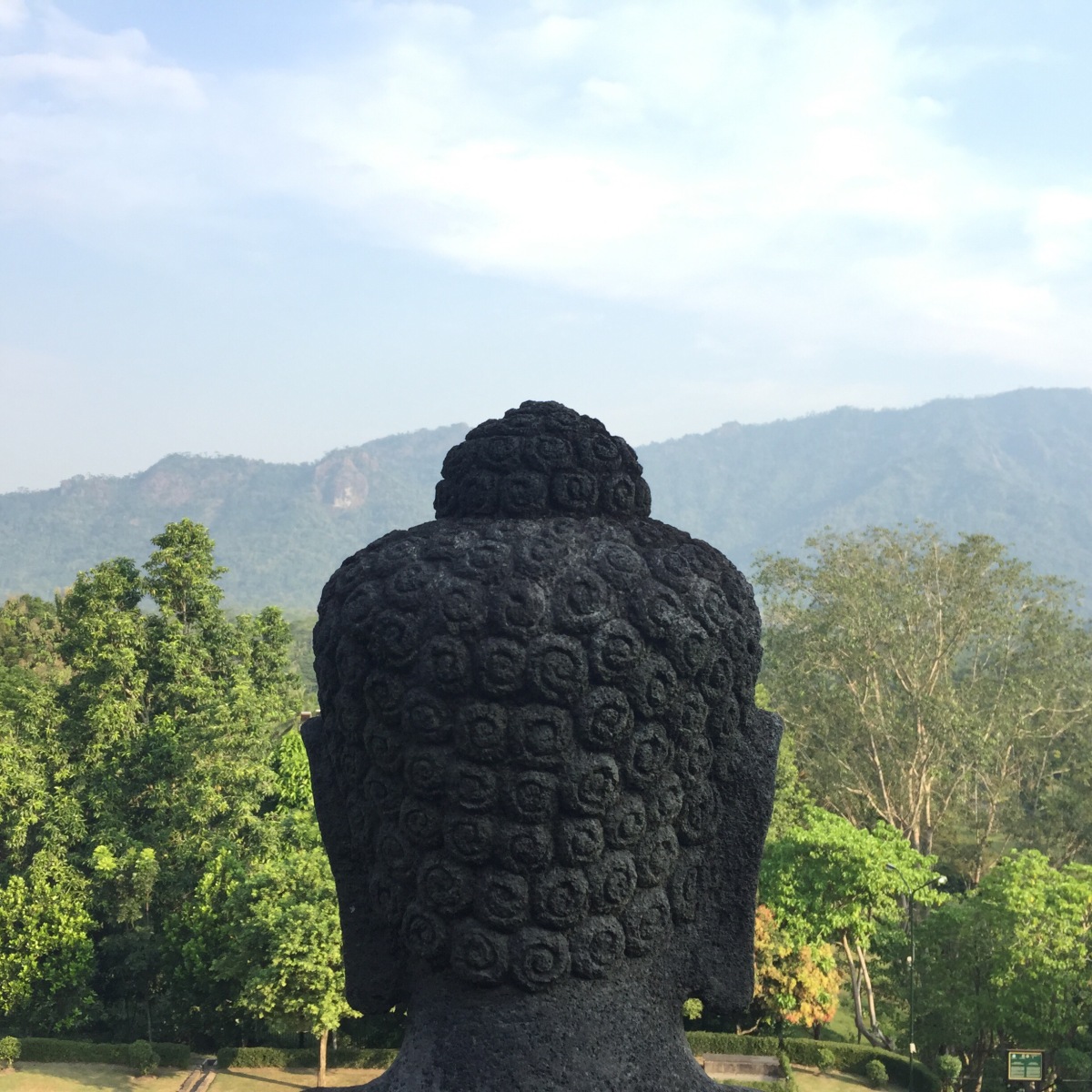 One thought on “Borobudur (Photo Journal)”