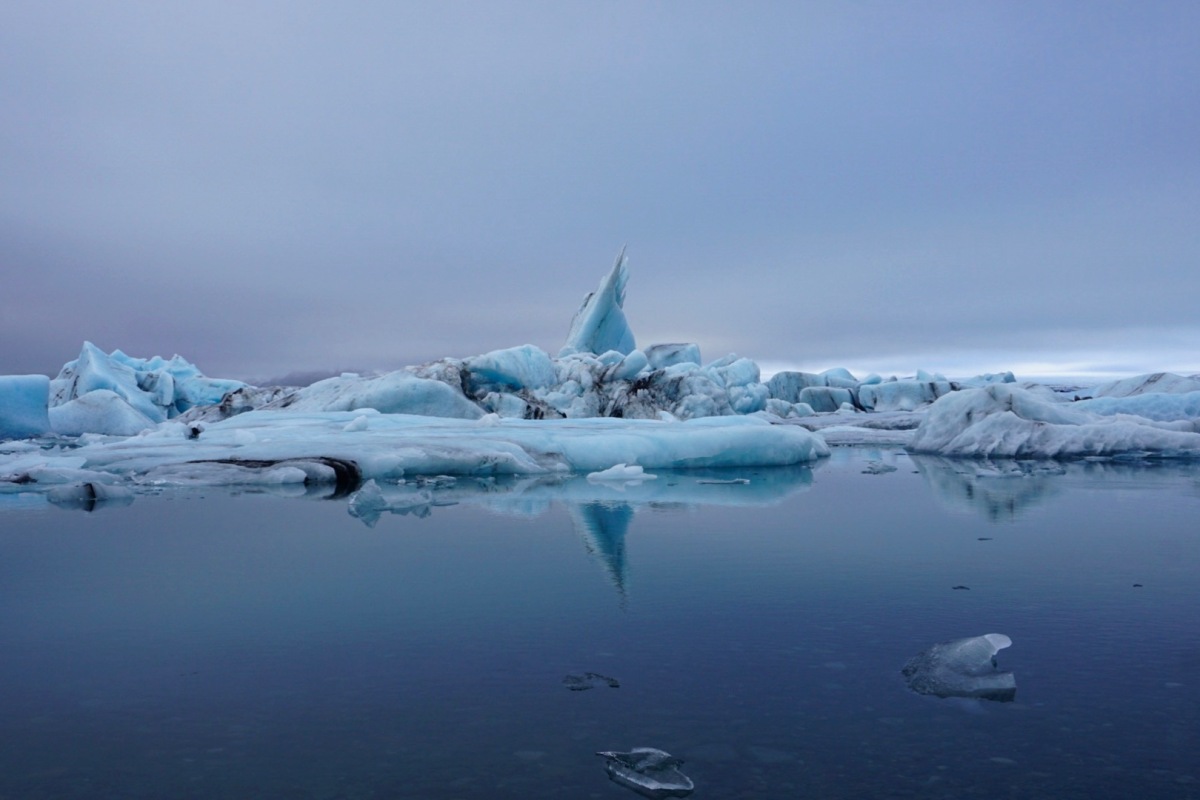 The phrase “lack of sleep” did not apply to us during our stay in Iceland.

After being teased by a short preview of the northern lights past midnight, we gave ourselves a break from the play. Sleep was great, but being on the road was even better. Starting the day at dawn and greeted by nearly empty streets of Reykjavik, we made our way to the east, more than half way across the southern coast of the island.

I have to be honest that the drive on the roads in Iceland was such a treat. The straight roads, albeit could be dangerous, were calming and enjoyable. The mountainous landscapes, picturesque farmhouses and towns along the way did not bore at all. But I have to say the fact that we had three licenced drivers for this particular day were such a blessing. We shared the joy of driving. 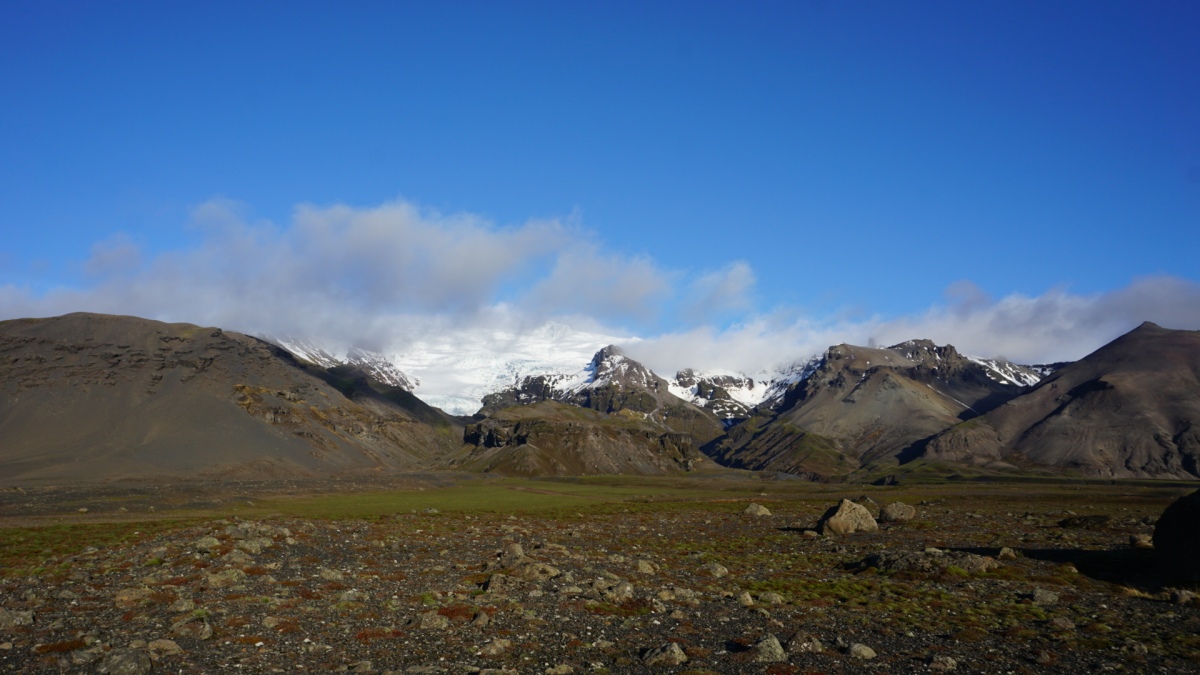 When I was resting at the back of the car while my friend was driving, I was awoken to one of the views in the world that I had never imagined I would see. It was the freaking ancient giant ice cap at a distance. I mean, I would understand that to some people the view was just great. But I thought to myself, and I have read quite a bit about the ice cap itself from interest, that it was formed during the last ice age 1.8 million years ago. The glacier is also retreating very rapidly as an evidence of global warming. What I am trying to say is that it was there before we were; Huge ice cap that is. Not snow, but ice. I hope I am not being a fool and that I have made my point. Now let’s move on from my weird fascination with mother nature. (By the way, check out the tiny cars on the left in the picture.) 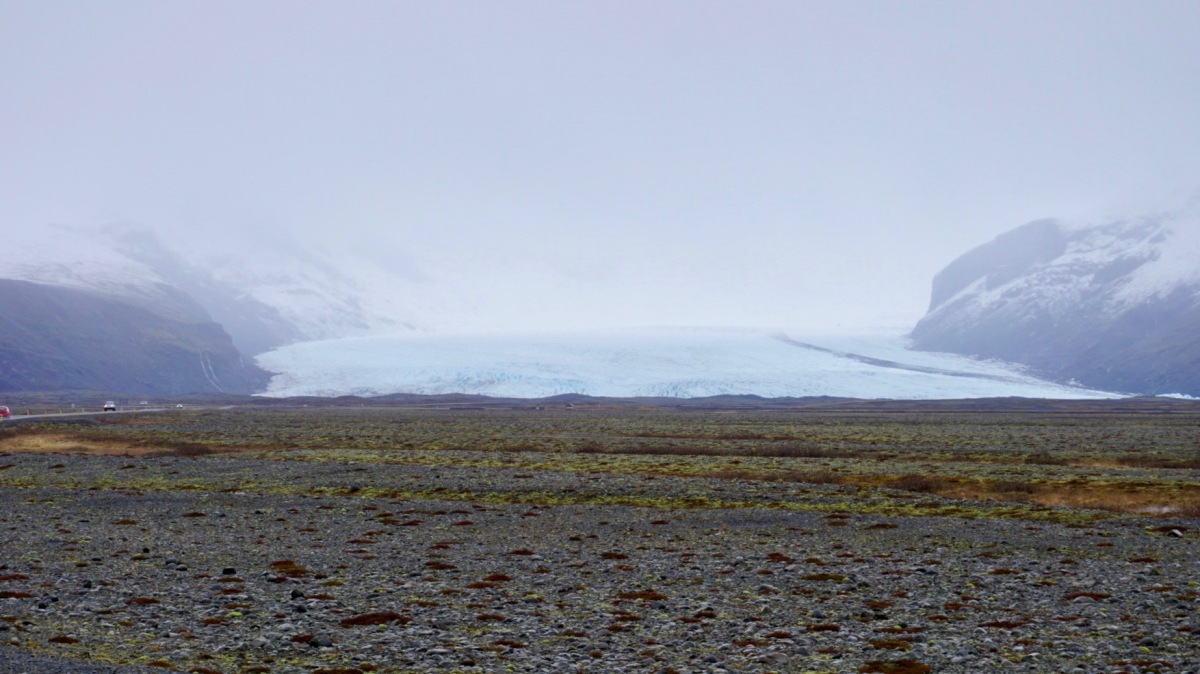 Over 5 hours we had been on the road, and we finally arrived at Glacier Lagoon. After rushing out of the car and leaving my friends behind, I walked by the cliff of the car park and saw big chunks of bluish ice floating over calm, slowly-moving river. There I was, absorbing the reality that I was literally looking at huge chunks of ice. My friends joined me shortly after and were awed by the view too.

Now, I would say that we were really lucky because we saw a seal. It randomly appeared among the ice caps in front of us. The way it looked towards our direction, just after lifting its head out of the water, was as if it was curious with the crowd by the shore. But it was shy and ducked back into the water, never showing itself again.

There was nothing you can do at the glacier lagoon unless you book a tour to trek on the glacier by the agencies. People were there just for the view, and it was spectacular. While we were there, we played with the ice on the shore. What intrigue me was the size and weight of the small sized ice. Even though it looked small, it is actually hard solid ice and, yeah, it was heavy.

We drove a little bit back before the nearby bridge to get to the mouth of the lagoon, facing the Atlantic ocean. There, we saw the diamond beach where most of the small chunks of ice were washed ashore on the black-sand beach. They all resting there like clear crystals, just like diamonds.

After spending a good 2 hours there, we were ready to get back on the road towards Reykjavik.

On the way, we made a short visit to Dyrhólaey nature reserve which supposed to look beautiful in daylight. But the weather was against us that day, and the cliff view of the unusual rock formations was covered by thick clouds. But for some reason, it looked creepily beautiful. I felt like it was the right setting for a dark magical venture of a movie, where you know the action is building up. There was the foggy view of the open Atlantic sea, thunder sounds of huge waves as they crashed at the bottom of the cliffs and the icy cold wind that brushes on cheeks so hard, it numbs them.

The way back to Reykjavik was a rather busy one. Cars seemed to head the same direction as we were on the scarcely lit roads. After buying roasted whole chicken and some pasta from a grocery shop near our Airbnb, we finally called it a day.

It had been a really long drive today, but it was worth it.