Okay, maybe by the third day, we really needed some sleep. It was the call for laid-back strolls around the largest city in Iceland. So although we only got to walk around a tiny area of it, we were satisfied with what the city had to offer to touristy people like us.

Our Airbnb flat was just around the corner to the Port of Reykjavik. The chilly but comfortable weather made it the perfect day to do some exploring on foot. The harbour has loads of history written by the park. From ancient folklore of early Vikings to commemorations of rather recent ship accidents. It was nice to see how the country recognises the sea fearing community. What I love even more was the fact that Icelanders are religious in recognising those who have contributed or passed. On one tablet is written, “Those who acknowledge your name will trust in you, for you, Lord, do not abandon those who seek you.” – Psalm 9:10. I take it as saying that during the journeys of those who fared to the seas, trust in God, for he would never forsake; he protects, defends and honours you. Whatever the journey, He would bring you back to the shore safe and sound.

The view from the coastline was rewarding too. Across the coast, I was ranges of mountains with snow caps under the slightly clouded but brilliant blue sky. The blue water complimented the view with geese and ducks swimming near the shore, waiting for people to feed them. Seagulls were flying over us, pacing to the where food would come. There were rocks with various sizes balanced on top of each other, seemingly fitted into the natural aesthetic atmosphere. I wonder who stacked them because it was not easy to find the balancing point on the rocks. 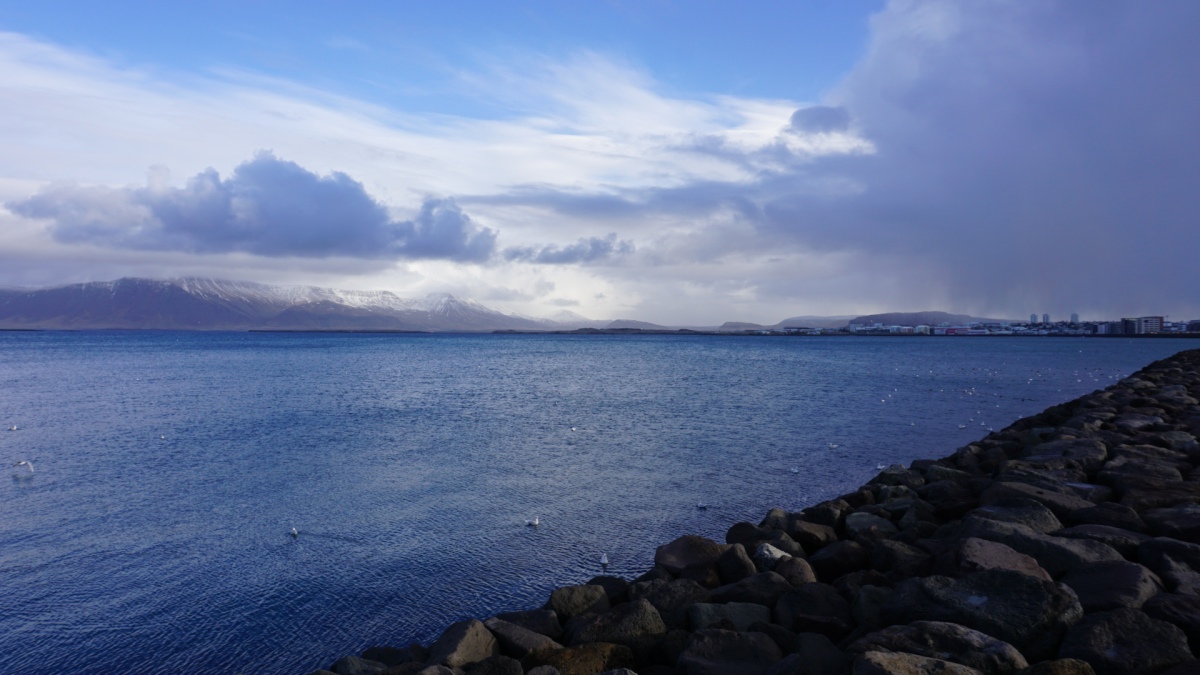 There was a permanent art display there, looking like a modern art adaptation of a Viking ship. It is called Sun Voyager. On a tablet written, “We all have our fantasy boats, vessels that we dream of sailing away in, into the dream. In my ships, I unite my own fantasy, precision and the knowledge that boat builders have developed throughout the ages. The sun ship gives us a promise of a primaeval land.” Jón Gunnar Árnason, Icelandic Sculptor, 1986.

Aside from inspiring lovely locations that set my mind beyond its natural style of description, one of our itinerary of the day way to visit the unique, only found in Iceland, Phallological Museum. In simpler terms the Penis Museum. I was, to be frank, excited to see what the museum has in store. When I arrived, the look of the location looked promising. However, in actual fact, the inside was rather small and gross.

Though that is debatable, I found that the founders fascinations on (what started as whales’) penises weird and almost disgusting. I picked out a clear file that had all the description on the penises that were on display because, of course, I wanted the full experience. But I found myself sick within minutes staring at all the whales’ penises on display and trying to match the code on the glassware to see what whale species they were from. It was not interesting for me. My friends, though, had the file flipped on the edges and carefully studied every single display while I made jokes on my Instagram story to distract myself from getting grossed out.

Well, I have to say there were some interesting displays (controversies much?) of plaster replicas of larger-than-usual human penises and letters of authorization of actual people, whose dicks are huge enough to get attention from the press, to have their penises donated to the museum when they are dead. Also, there were penises of characters from Icelandic folklore stories such as trolls, ghosts and invisible people, whose invisible penis was in a clear jar filled with water. 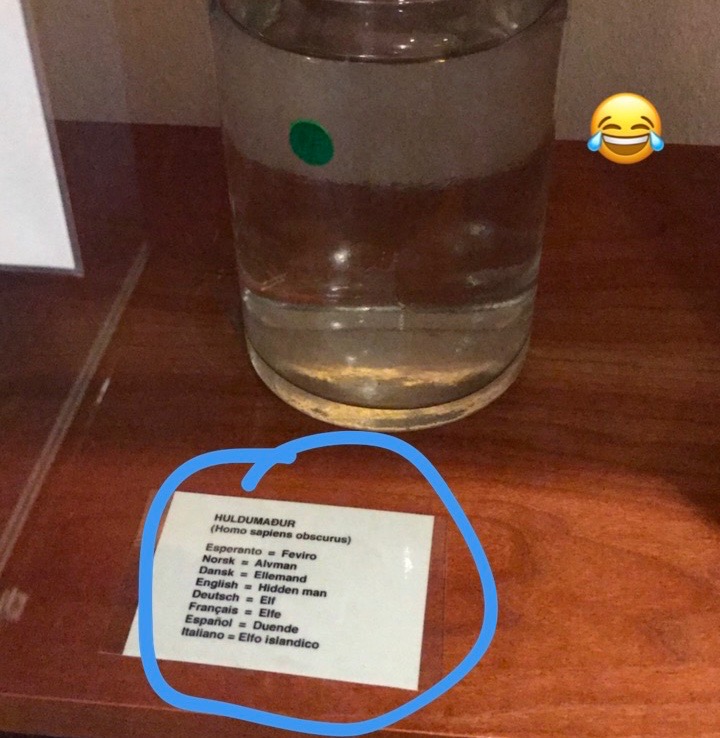 I had to wait for the girls at the souvenir shop for another 10-15 mins before leaving the museum.

It was hailing for a while that afternoon. That was a pleasant experience for me.

Anyway, we made our way to Hallgrimskirkja, a majestic local church that allows you to go up to its tower (for a fee, of course) to see Reykjavik from higher ground. It was breathtaking. If you know see my Instagram, I’m really into overviews of landscapes and cities from higher ground. I’m pretty sure I could judge what view is great. And Reykjavik is unique. The scenic view of colourful, tiny apartments and houses with the view of snowy mountain range over the water is just one of a kind. The church was out last tourist destination for the day. We had just a relaxing time exploring the area. To topped it off, there was a delicious crepe cafe called Creperie that sells both savoury and sweet crepe. 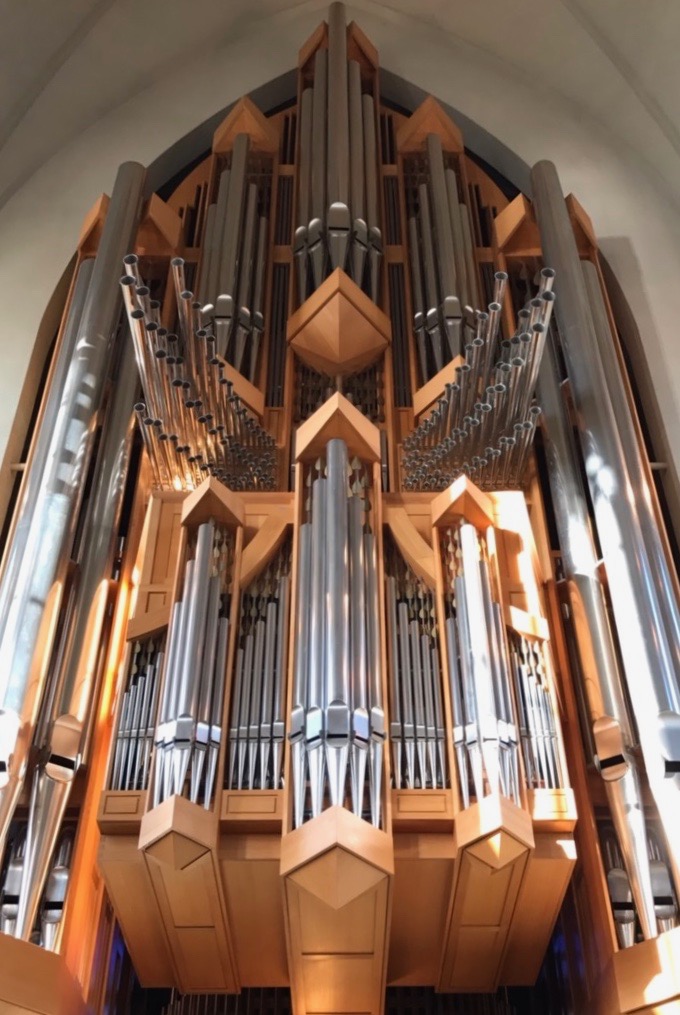 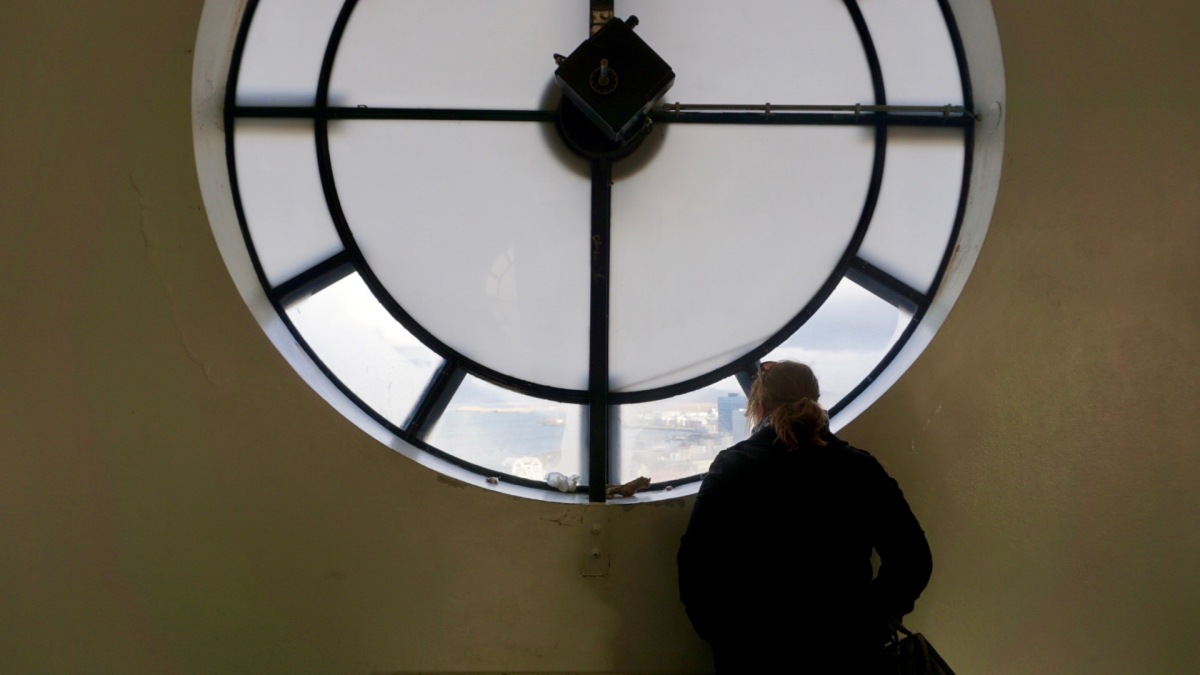 Tomorrow will be another long drive towards the south coast again, but different destination and loads of waterfall!

I leave you with a cute Viking. 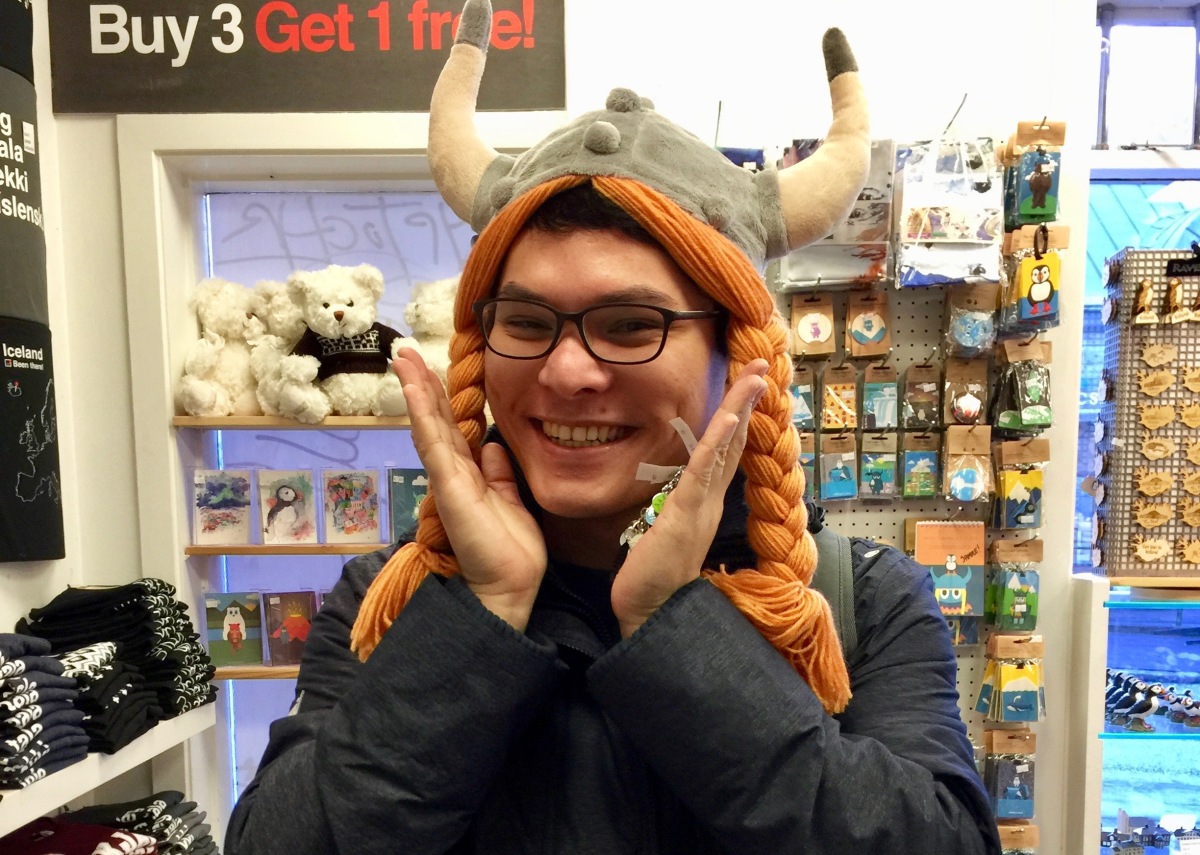