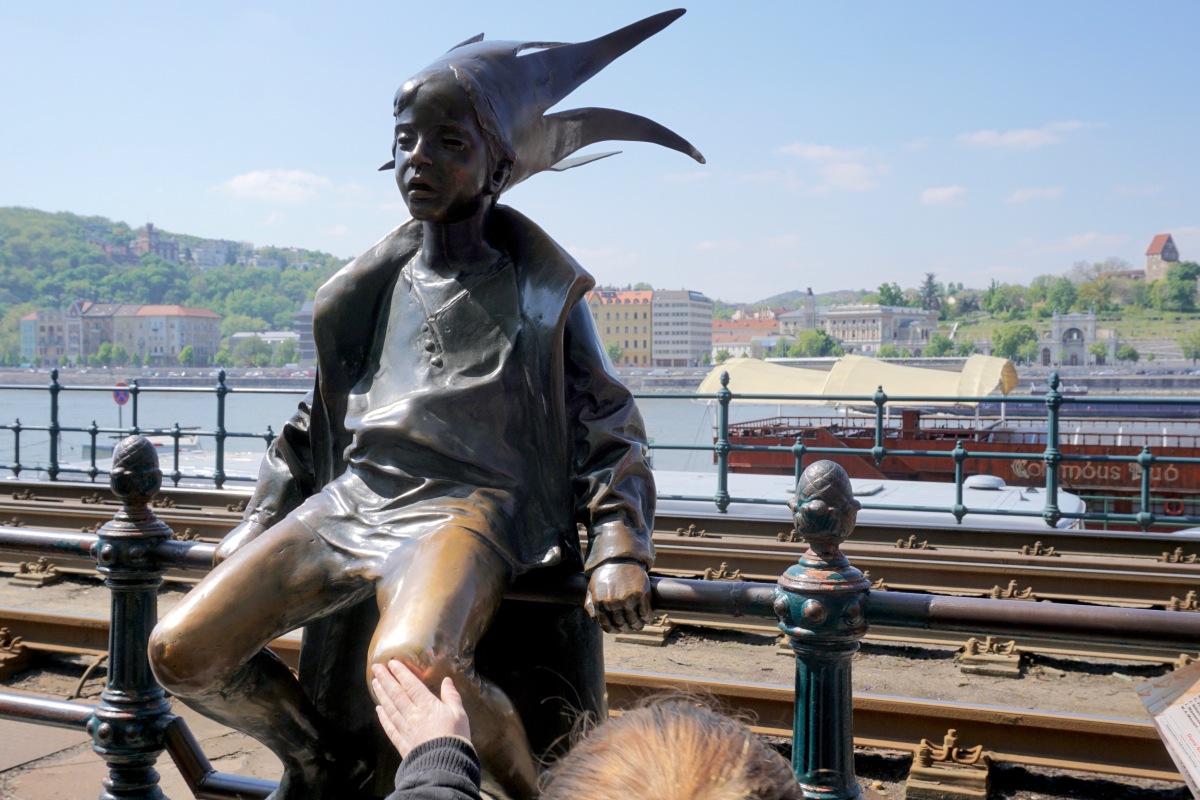 Before reaching Budapest, I opened the Mcdonald’s paper bag that I had bought the night before in Cracow but did not eat because my body could not take in any food after throwing up the entire evening. After filling a hung over stomach, I notice the train slowing down at a sleepy neighbourhood at dawn. I needed a real person to talk to, but I realised that the kind Brit who shared the cabin with me was gone. I remembered him telling me that he was stopping at Bratislava.

Upon reaching the station, I made my way to a hostel I had booked on Hostelworld app. It seemed near from the map, but I ended up walking for a good 30 minutes to get there. I was surprised at how quickly my body recovered from a horrible day in Cracow yesterday.

People were starting their day, and the roads were filling up with cars. People were waiting at bus stops going to work, and I was trying to find my hostel. I thought I got lost for awhile because I could not find the where the hostel is on the map. But I did not make it a big deal. I took notice of every single sticker or sign boards along the road, thinking that I had missed the hostel’s name. When I finally found the building where my hostel was, it took me 20 minutes to find that it was on the third floor. But I had taken the old fashioned lift with cage style doors to the top floor of the building, thinking it was easier to go down and look for the hostel. It was weird that they did not indicate on which floor it was.

I freshened up and got ready to start a new adventure in a new city. But I was not feeling it. I came early to the meeting point of the free tour that morning and just waited for people to come. I did not bother to notice things around me as I sat waiting on the stairs of St Stephen’s Basilica. 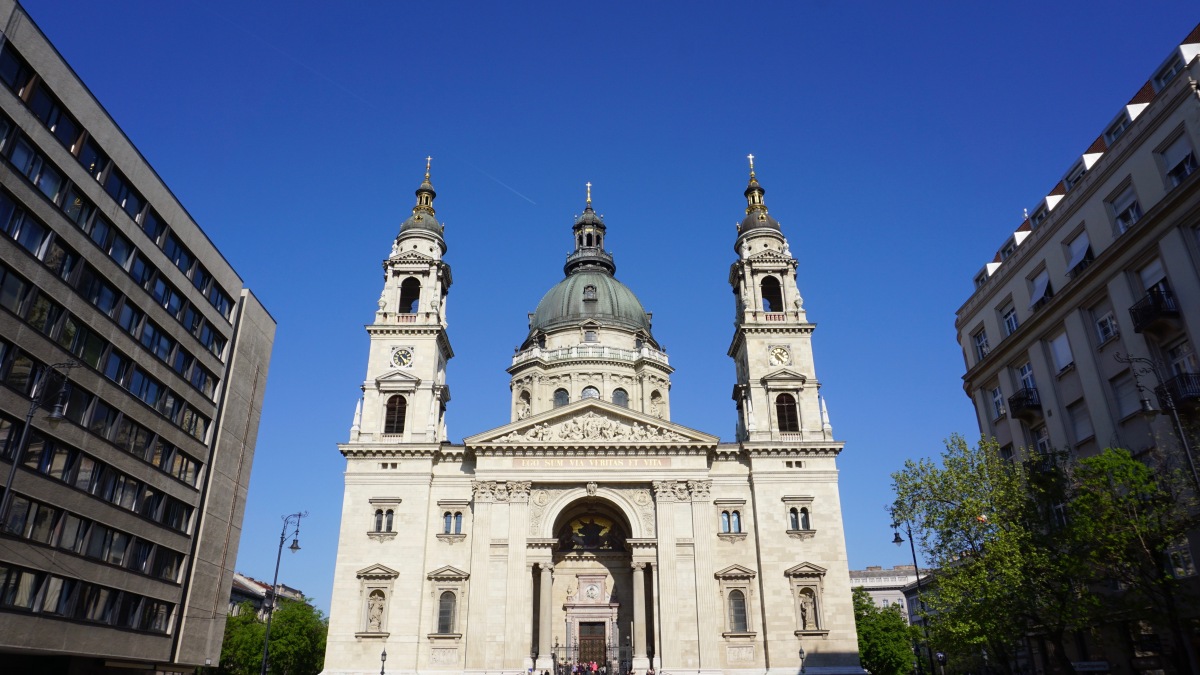 When it was time to gather around the person with a “Free Tour” umbrella, I saw a familiar face. It was a Russian girl whom I met on the free tour in Cracow. I was honestly elated when I see her. Just a simple, genuine how-are-you and how-did-you-get-here set me talking like nothing had happened yesterday.

She started telling me how she continued to join another free tour in Cracow yesterday afternoon and skipped lunch. I wished I had followed her. We kept talking to each other as the free tour guide introduced herself and moved the crowd to our first stop. It was delightful. It appeared that I did not care about the tour at all. While writing this journal, I did not find any pictures from the beginning of the tour, and I realised how I great it was to have a friend after a rough experience. I managed to get a little touristy with pictures of me taken by her. 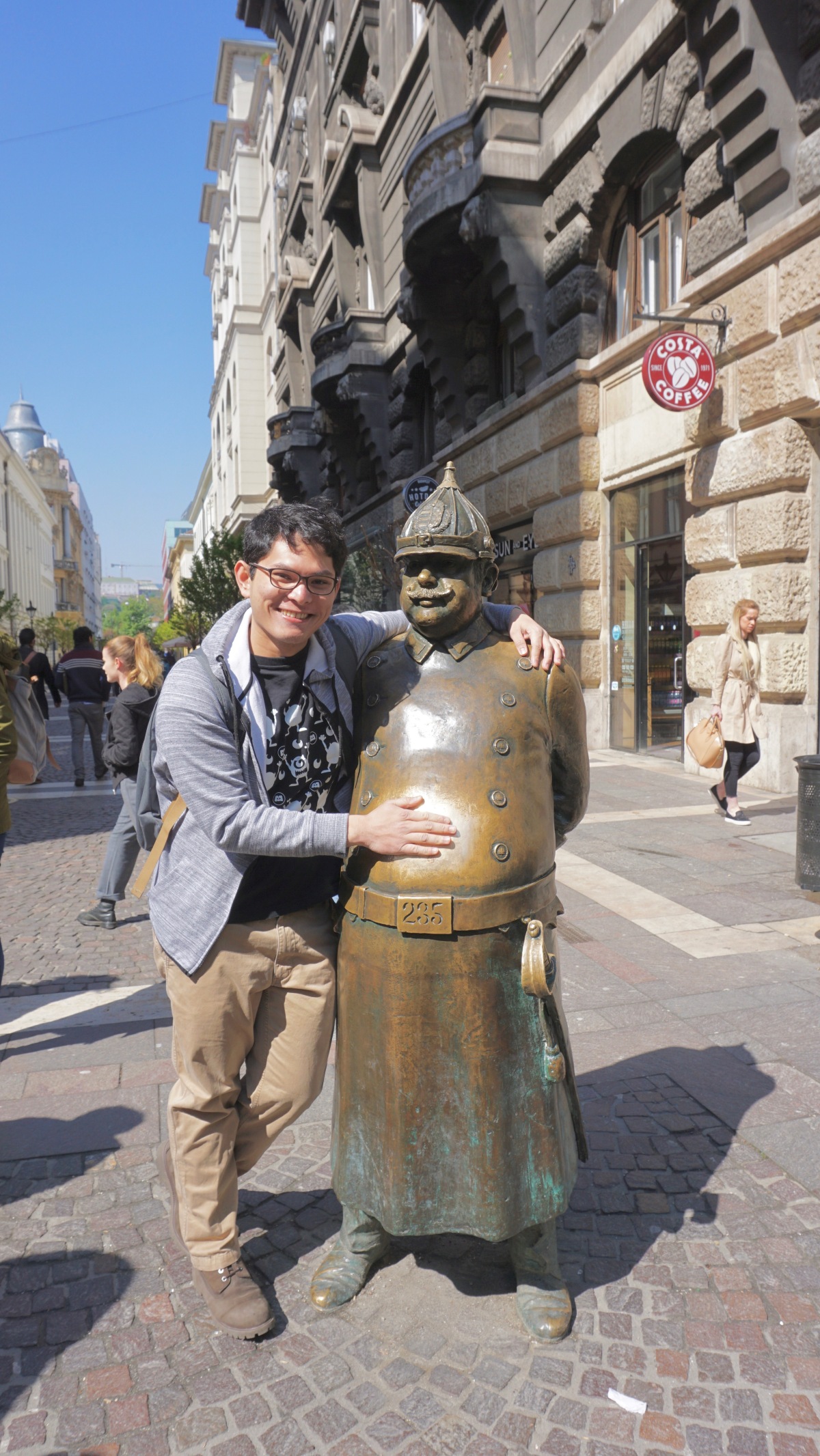 The two sides of the city have such a good story to tell. I could see how the two sides tried to compete building impressive buildings. But the Buda side of the city had the best view. As I might have mentioned, I came to the cities to take pictures of the panoramic view from the highest point. Buda did it for me as I took pictures of the rather flat Pest. But Pest was the best place to find food and nightlife.

Anyway, the tour started on the Pest-side of the city and ended at the Buda side. I said goodbye to the girl and went separate ways. I wanted to ask her to eat lunch with me, but well, I did not, and I did not why. Suddenly, I was back to my previous mood. Kinda lonely. And hungry.

It was easy to solve the hunger, though. Budapest had the best Goulash. Oh My, I could not have enough of it. I had one at a rather expensive restaurant near the Matthias Church. 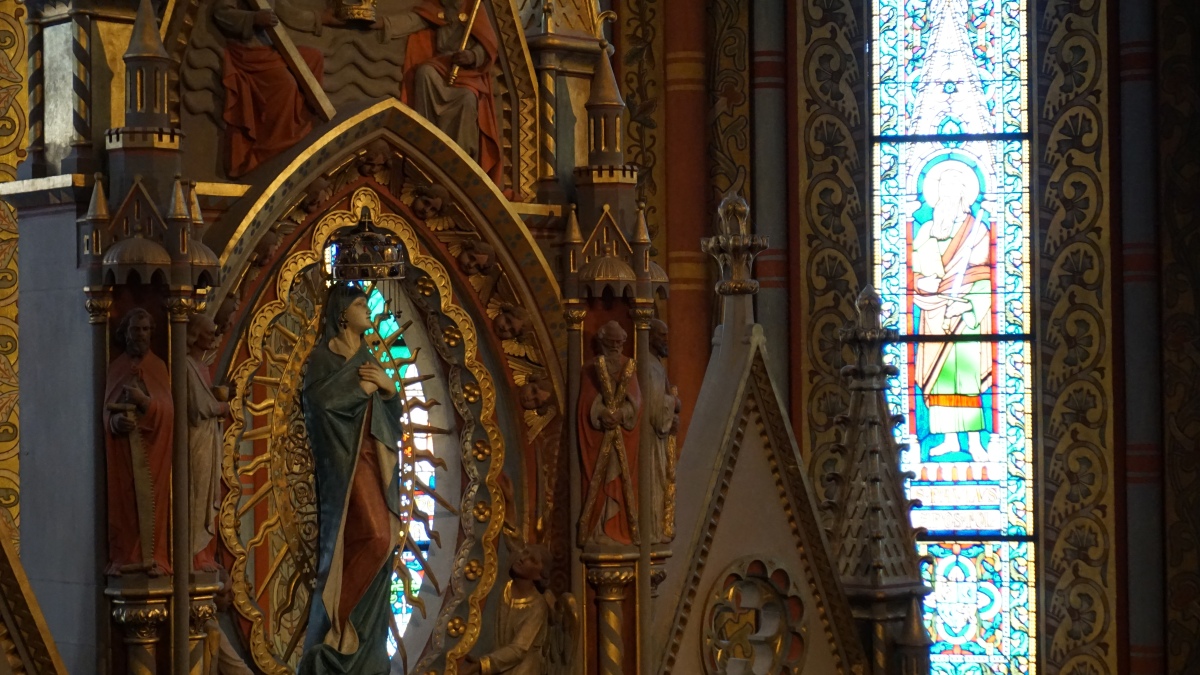 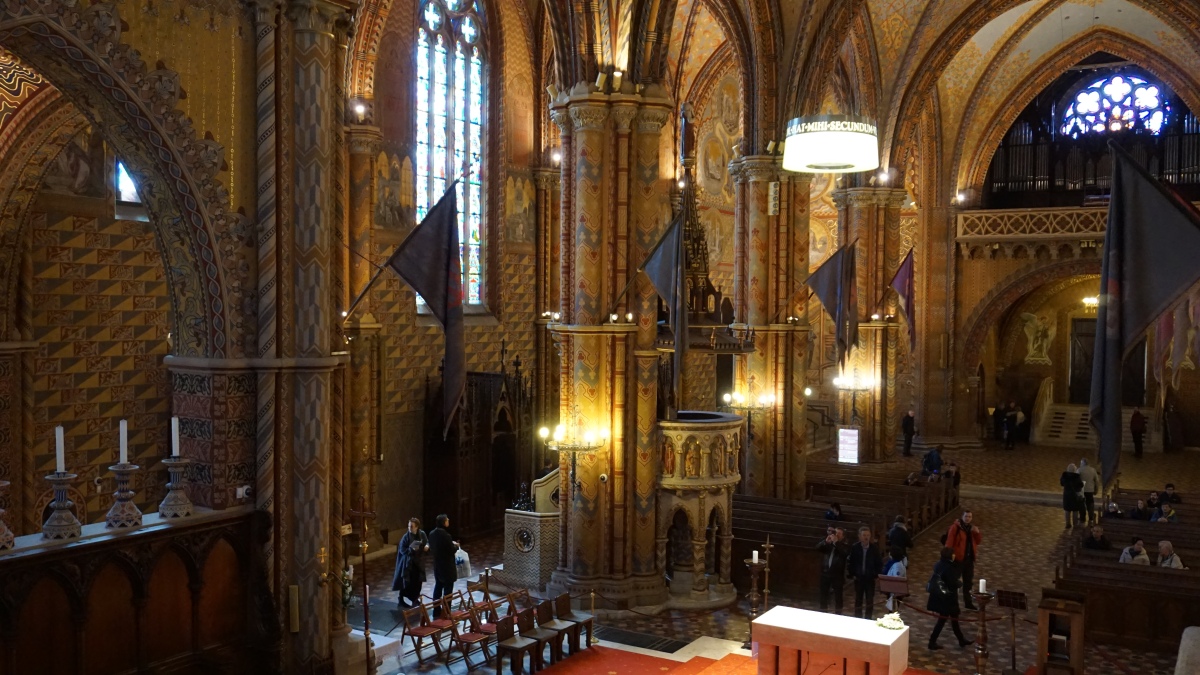 I hung around St Stephen Statue enjoying the windy the cold afternoon after lunch, waiting for the next tour up to the Matthias Church tower. It was the excellent weather for me. I felt cosy in my Superdry jacket even with the clear sky and bright sun. But I know I soon had to take off my jacket after climbing the 197 steps to the top of the tower. I was lucky because, at one of the floors on the way to the top, the bells rang. They were loud but mesmerising. I had never been under giant bells before let alone seeing them ring. And the view from the tower did not disappoint, and I could see the flat land of Pest. I especially love the colourful roof of the church. 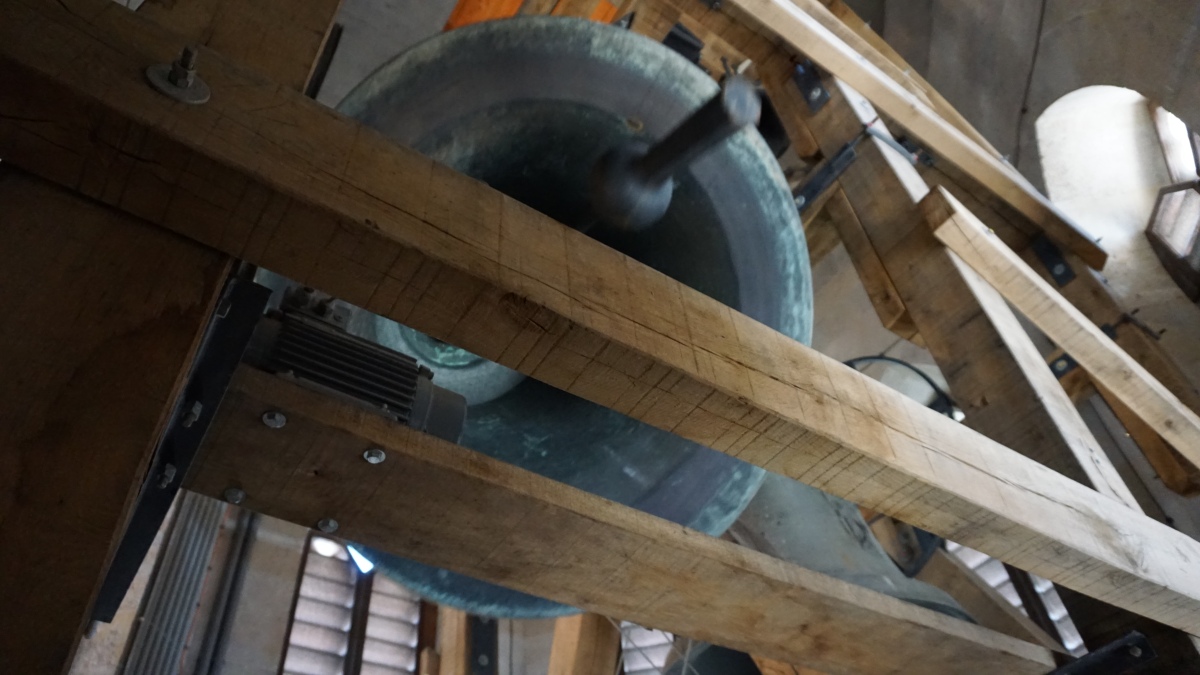 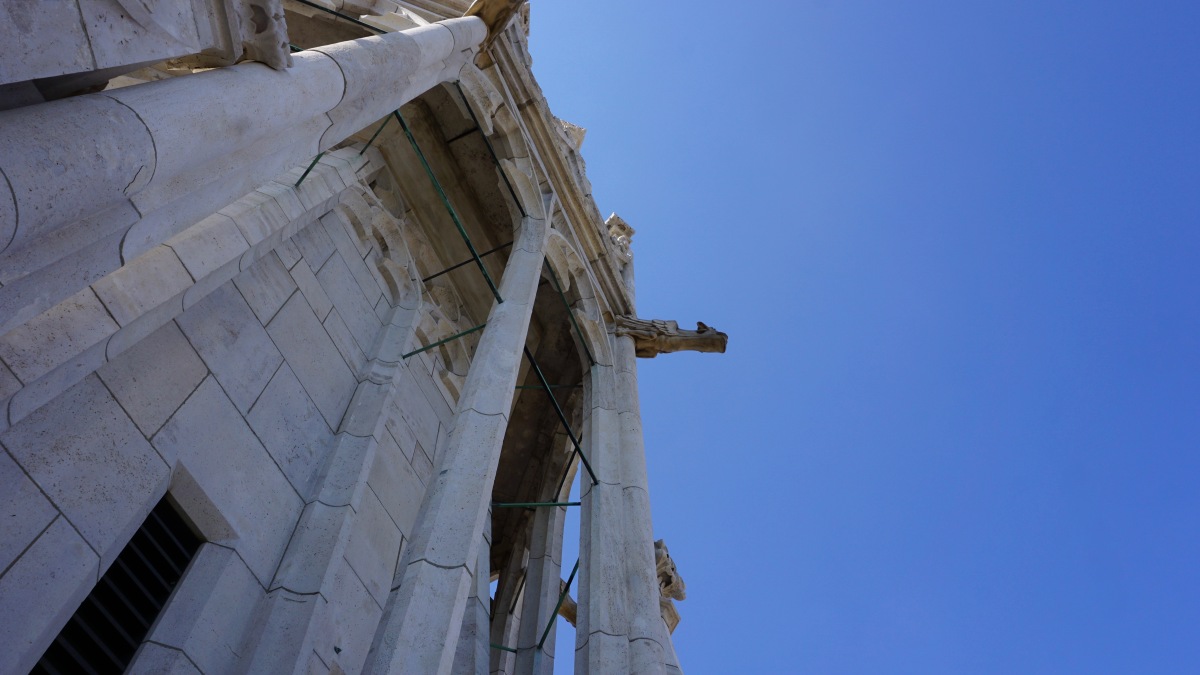 While heading to the Fishermen’s Bastion, on my way back to Pest, I was surprised by a familiar voice. There, standing at the top of the stairs at the Bastion, was a friend who was also doing an exchange with me in Scotland. I knew that she was travelling somewhere around Europe, but did not know that she was in Budapest. Let alone at the exact same location as me. 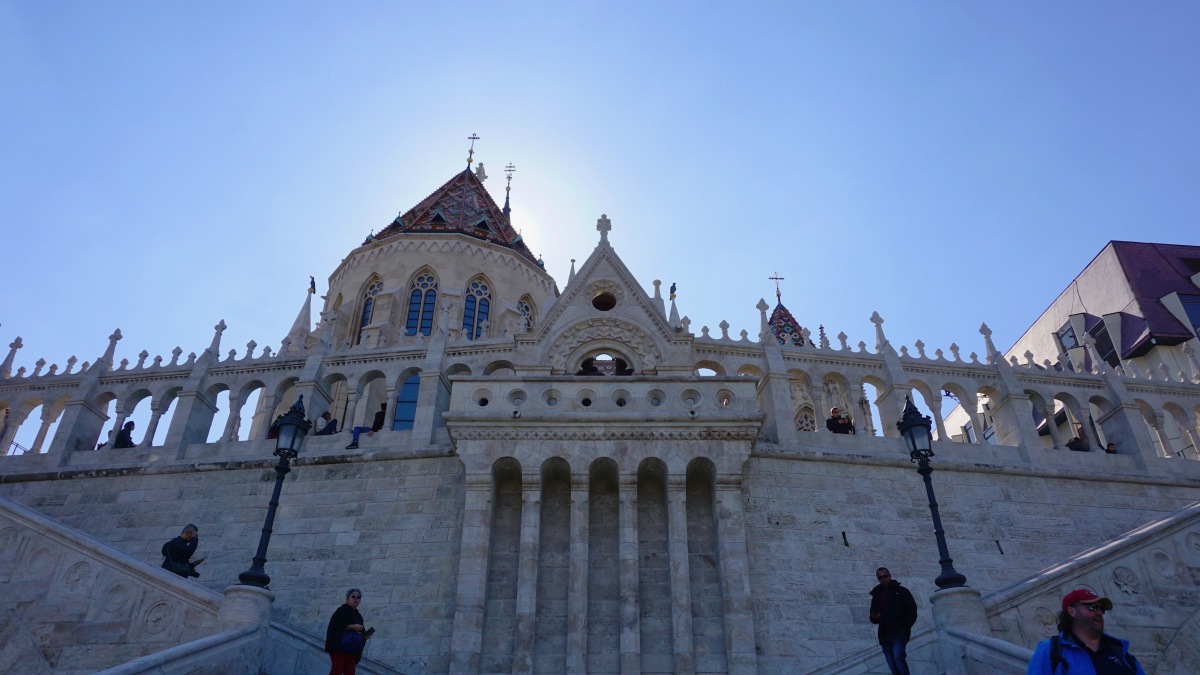 She was being herself, talking (or probably arguing) to her friend about the best angle to take pictures of the church with her DSLR. She was holding up her camera when I noticed her, so I stood right in front of her view. That feeling when you feel like you needed a real friend, not just acquaintance, and one just appeared in front of you at random, I was elated. I could not be happier to see her.

After offering taking pictures of her and her friend around the site, we arranged for dinner together. She had planned to go back to Edinburgh the next morning. Perfect timing.

I have to say, I felt so light after that. I left them at the Bastion because they just made it there. I also needed some sleep after arriving in the morning. I felt rather normal while walking back. I came to realise that I was in a new city and I should be excited about what was coming. What happened the night before should not affect my Budapest experience. Having a refreshed mindset by just meeting a friend, I visited St Stephen’s Basilica did another climb to the top, this time overseeing Buda. 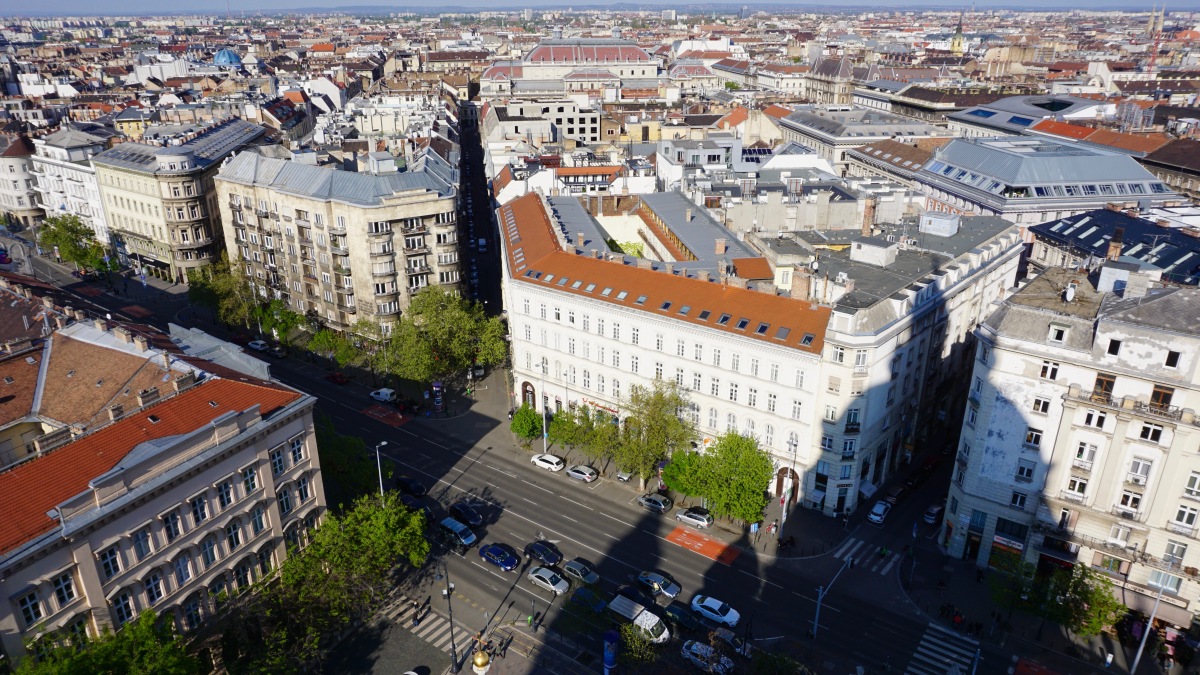 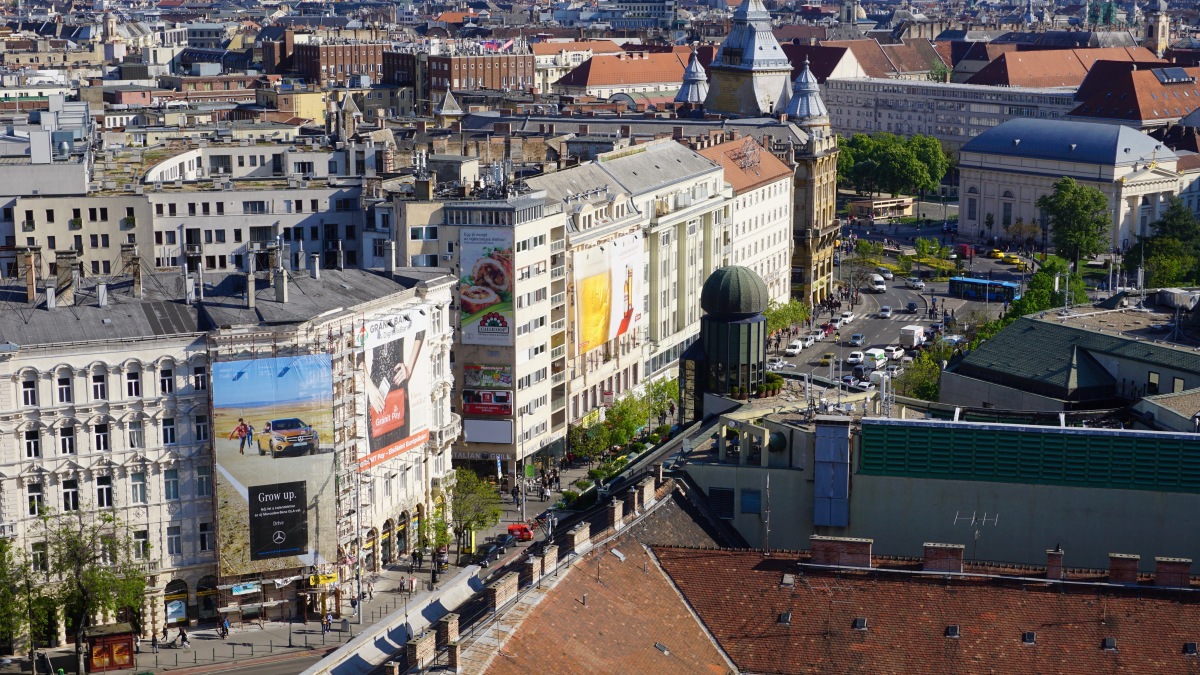 After a good rest in the hostel for the rest of the afternoon, I went out to meet her and visited a really fancy restaurant, where all the waiters were in suits. We were obviously underdressed. The prices on the menu were unexpectedly expensive and we ended up just having 2 servings of desserts shared among the three of us. The desserts were almost bite-sized in the disproportionately large plate, decorated with chocolate sauce and some jam that I could not even scoop up with a tea spoon. And honestly, they were not that satisfying.

Still having the craving for food, we looked for other food options on google map. It was bad that most of the restaurants were either closing or full. But we managed to find one along a square that had many bars. Sitting at the garden table felt great. We had hot meals in the cold night, enjoying each other company till the two of us had to go.

I felt like I was back to normal at that point. I shared my experience to my friends, who said that one bad experience should not affect the rest. They wished me good luck for the other 5 countries on my list. 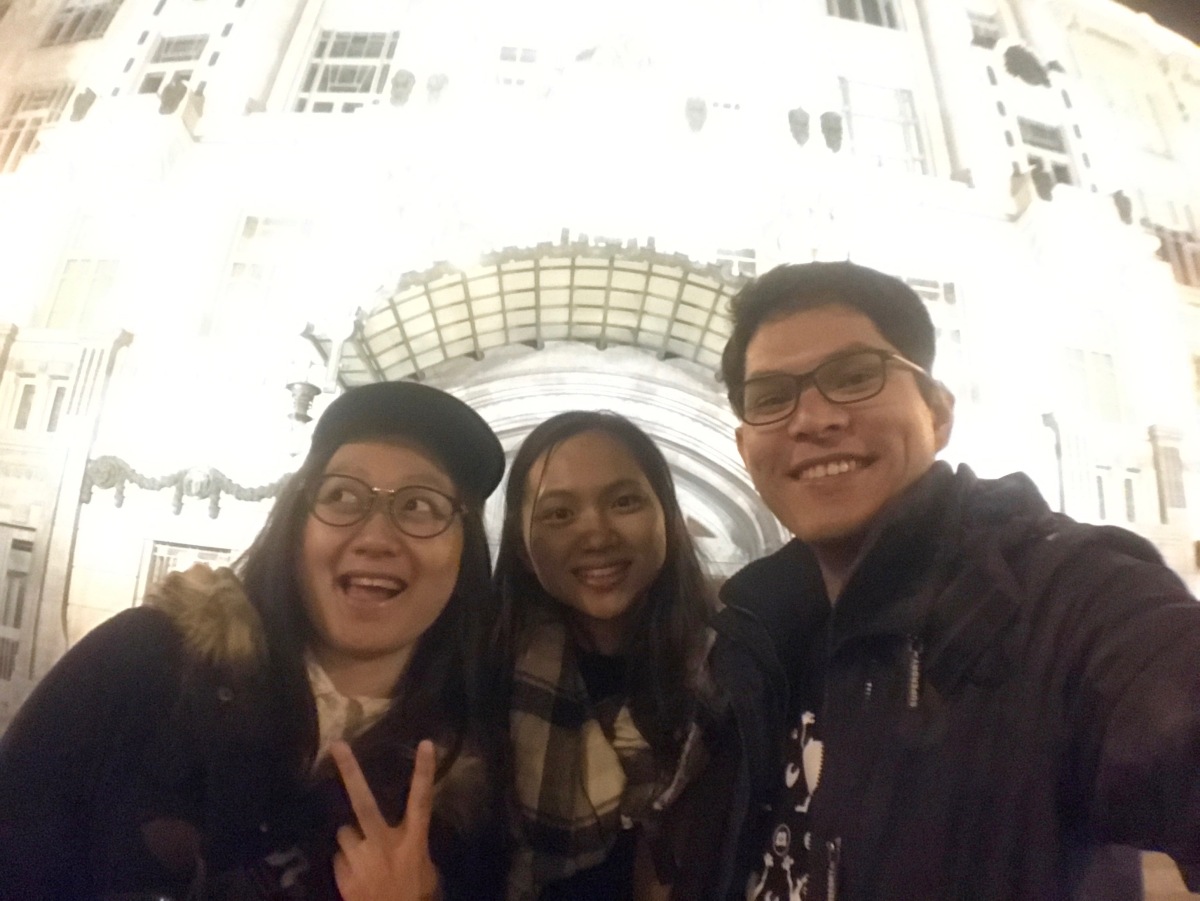 One thought on “A Surprise in Budapest”