Waking up in the morning never felt so easy. It was a light, free and easy day around the Pearl of Danube.I had decided that the main highlight for today is to find the popular Pottyos, a local snack that was mentioned by the free tour guide as a staple snack. I confirmed that this was true because when I asked the people in the hostel reception about how it looks or where to buy it, two of them reached out in their bags to show me.

So I went out of the hostel to find the famous snack but had no luck to find it because it was sold out at the near by supermarket. I started to wander around till I feel the need to stop. I checked out antique shops, second-hand markets by the narrow streets of the city and some other street corners where I literally did not know where they were leading to. When I felt bored at one point (I somehow ended up walking along loading bay of the street shops) and felt like I should eat another portion of Goulash.

Luckily I had asked about where to get the best local food from my guide yesterday. She recommended kék Rózsa. I had a set meal of (oh my GOSH) much better goulash than the expensive one I tried yesterday, served with some bread, a main dish of sliced chicken breasts with traditional spicy sauce, roasted pork, and a generous portion of potato wedges. With local wifi that they provide, I just thought it was the best lunch I had had so far. 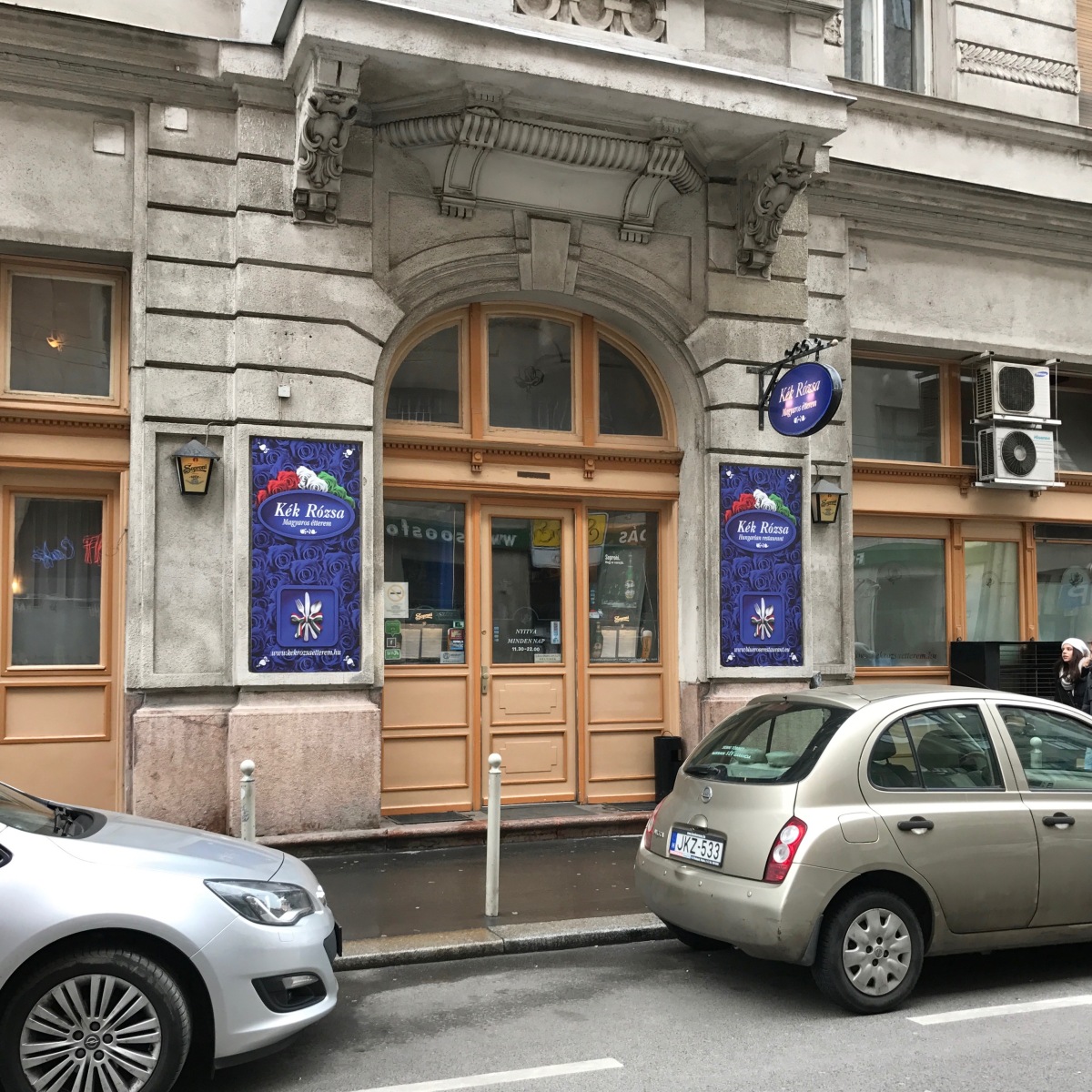 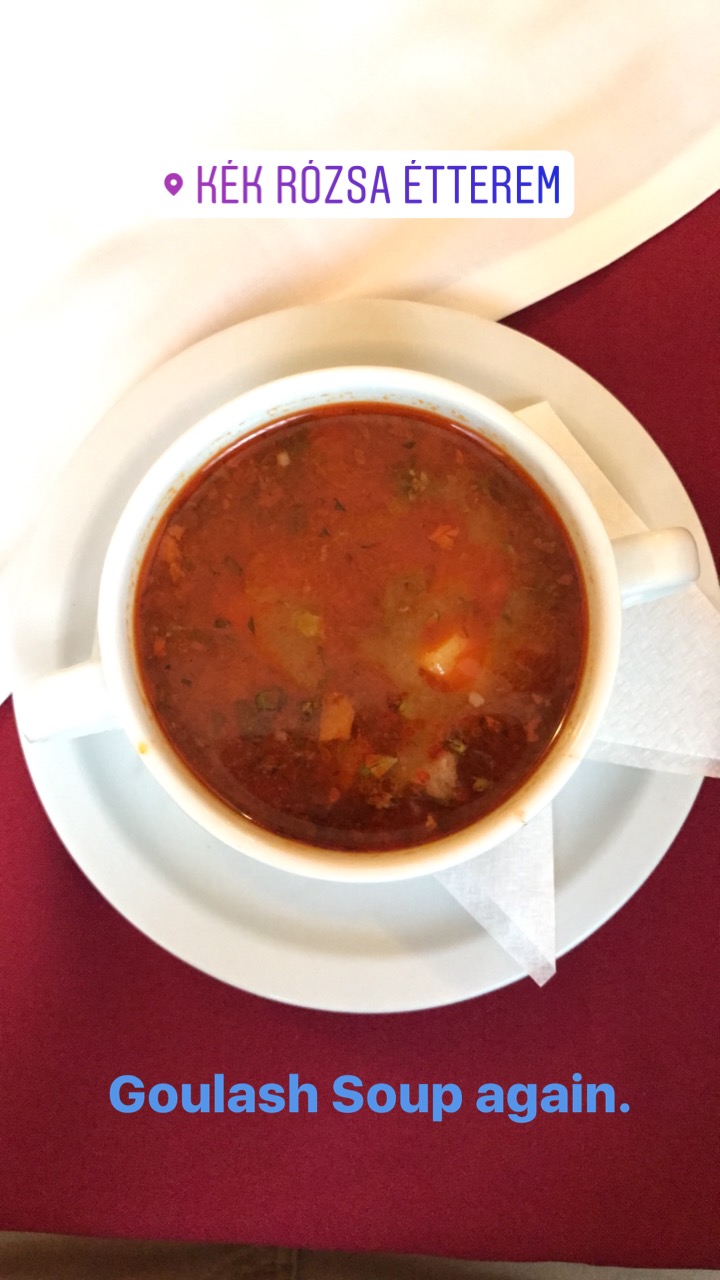 I left the restaurant with a smile. I went to explore more of Pest and saw the shopping district with typical franchises that I could find in other cities. The place was expectedly crowded. I felt out of place in the crowd. When I decided to leave the area, I found myself walking towards the Danube river, overseeing Buda. From where I was standing, a statue of a girl stood on top of the hill across the river, holding something above her head. It turned out to be Liberty Monument on Gellért Hill. The lady holds up a palm frond proclaiming freedom of the city and honouring those who died for Hungary’s independence.

The hike up the hill was a rather tiring one. Luckily it was spring weather, so it was not bad at all for me. But I thought I would have been drenched in sweat doing it on a hot summer day. And of course, like most hikes, the view from the top was breathtaking. 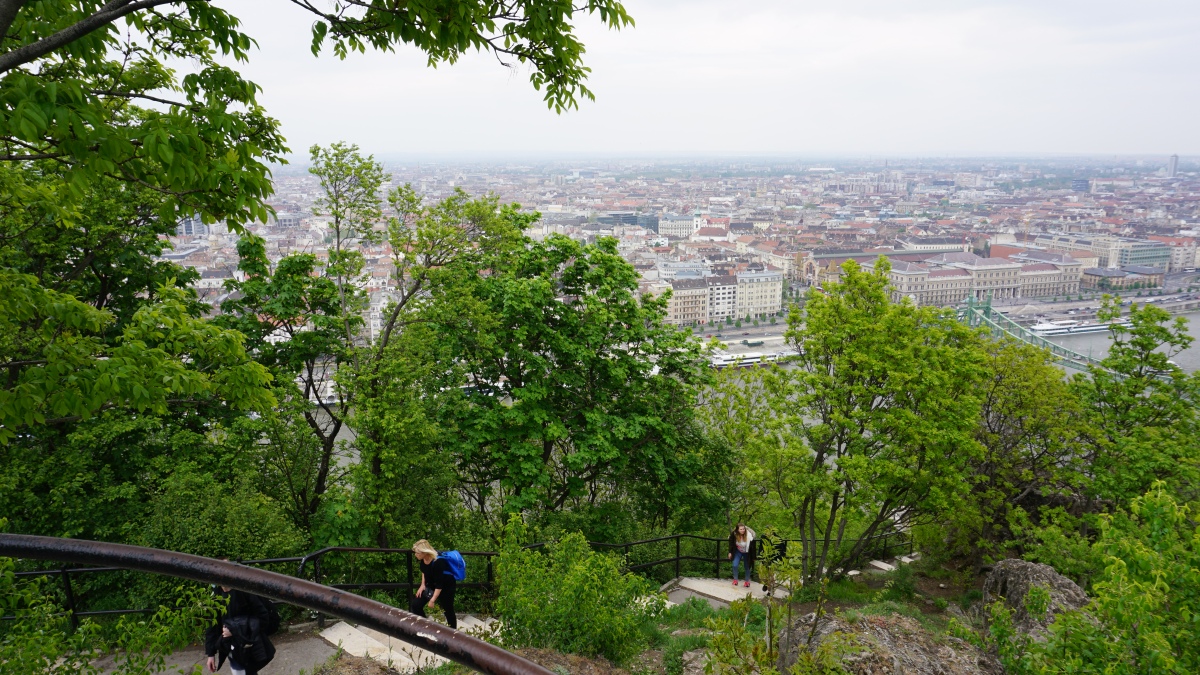 The walk around Gellért Hill was delightful. The crowd was not bad, and aside from an old guy who took a piss near the bushes, the view of the trees was not bad at all. It was quite at one point, and I decided to read a book at one of the benches. 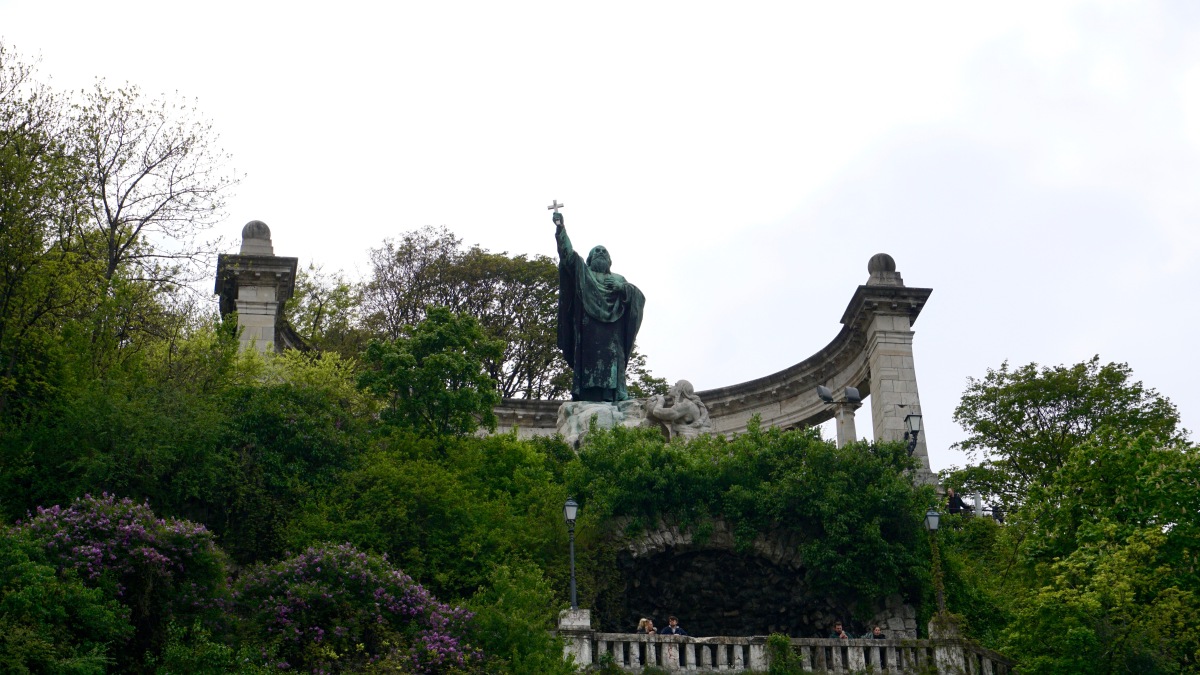 There were some souvenir shops there and even pop up carnival games like throwing balls to topple stacked cans and archery. I tried archery but did not manage to get any prize. 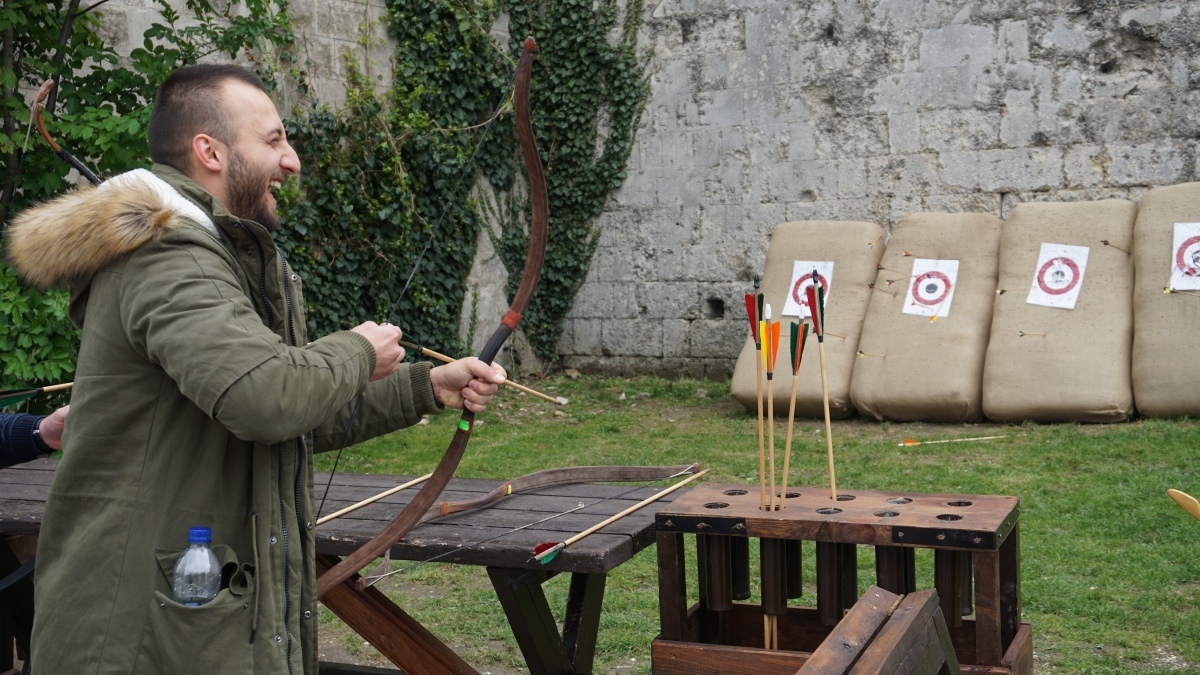 I came across Budapest Spring Fest at the city centre. It was so much fun. Everything traditional – food, souvenirs and clothing – were there. I tried a tube-like cake that was baked then sprinkled with flavours of your choice. It is called Kürtőskalács. I tried one with cinnamon and sugar. Pretty good! Could not finish it by myself though because it was huge.

For the rest of the day, I actually watched a dog show. That was probably my first dog show. It was so incredible, I wonder why people were not as excited I was. 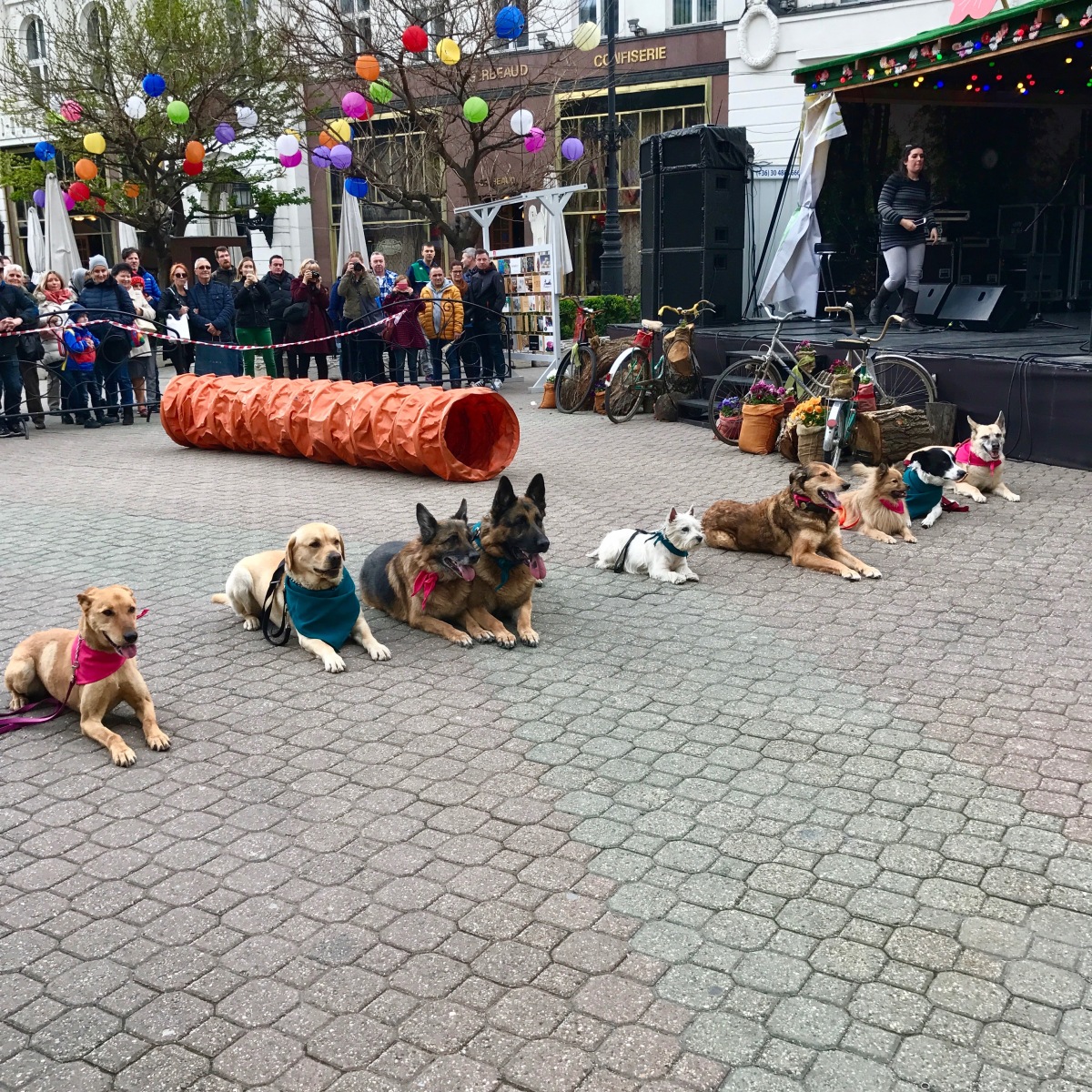 After the last view strolls around the city, as the sun set, I took pictures by the river, enjoying a spicy hot dog in the cloudy night. Budapest at night was like a golden city where everything was lit beautifully with warm yellow lights. I told myself to take it slow and not try anything stupid in the next destinations.

Oh yeah, I did not manage to find Pottyos at the end of the day. But considering how I enjoyed the day walking around Budapest, it seemed like it did not matter.

Spread the joy of traveling!

2 thoughts on “Touristy in Budapest”

What do you think? Cancel reply