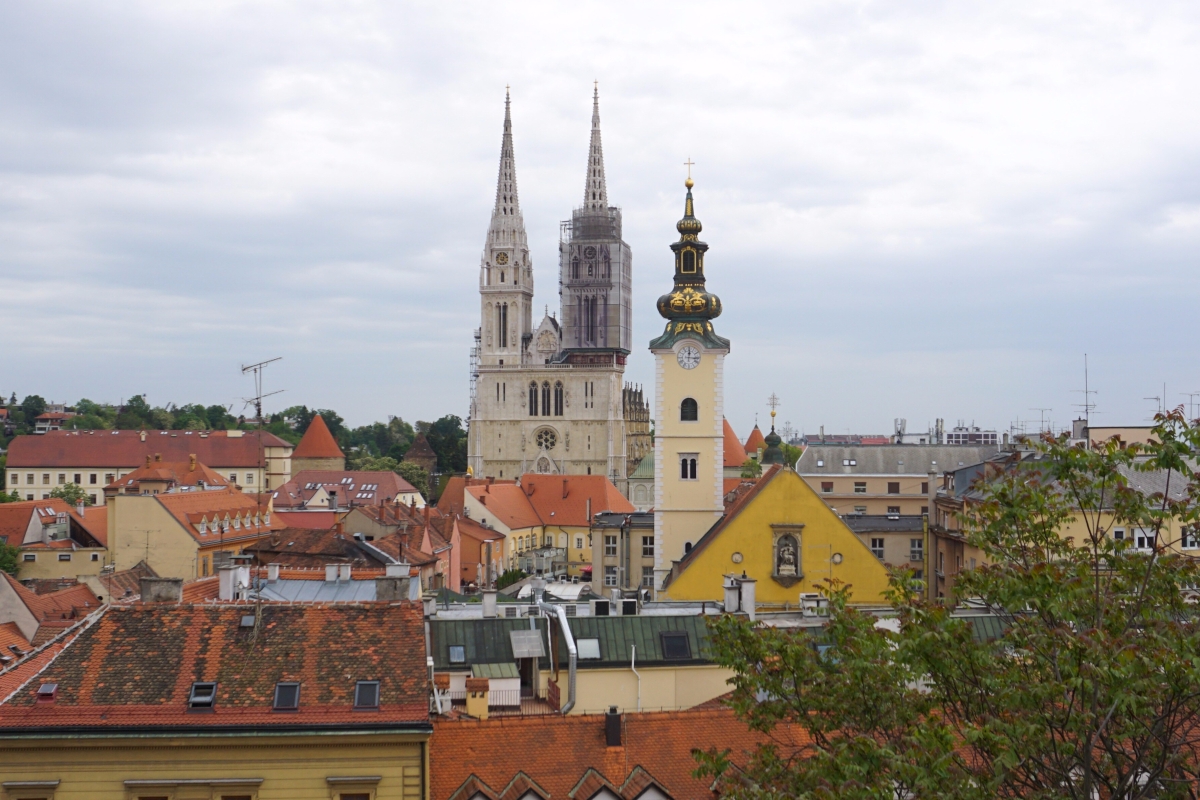 Vienna to Zagreb by the UNESCO-listed Semmering rail route WAS AMAZING.

Sadly though, I did not take any good pictures because it was all blurry. It is quite a bummer to talk about it without any pictures but I have to say that the southern Austrian Alps mountain ranges were mesmerising. It was such a unique experience for me because I never quite had seen anything like it. At one point of the landscape, I felt like I was looking at the Yosemite National Park through the train window (Also, this is based on Yosemite pictures on Instagram. Pathetic right?). Then there were white blankets of snow with green patches of grass as it was the beginning of Spring. There were tiny townhouses looking like Swiss cottages. Honestly, I was in awe and did not prepare myself to take pictures of the view. 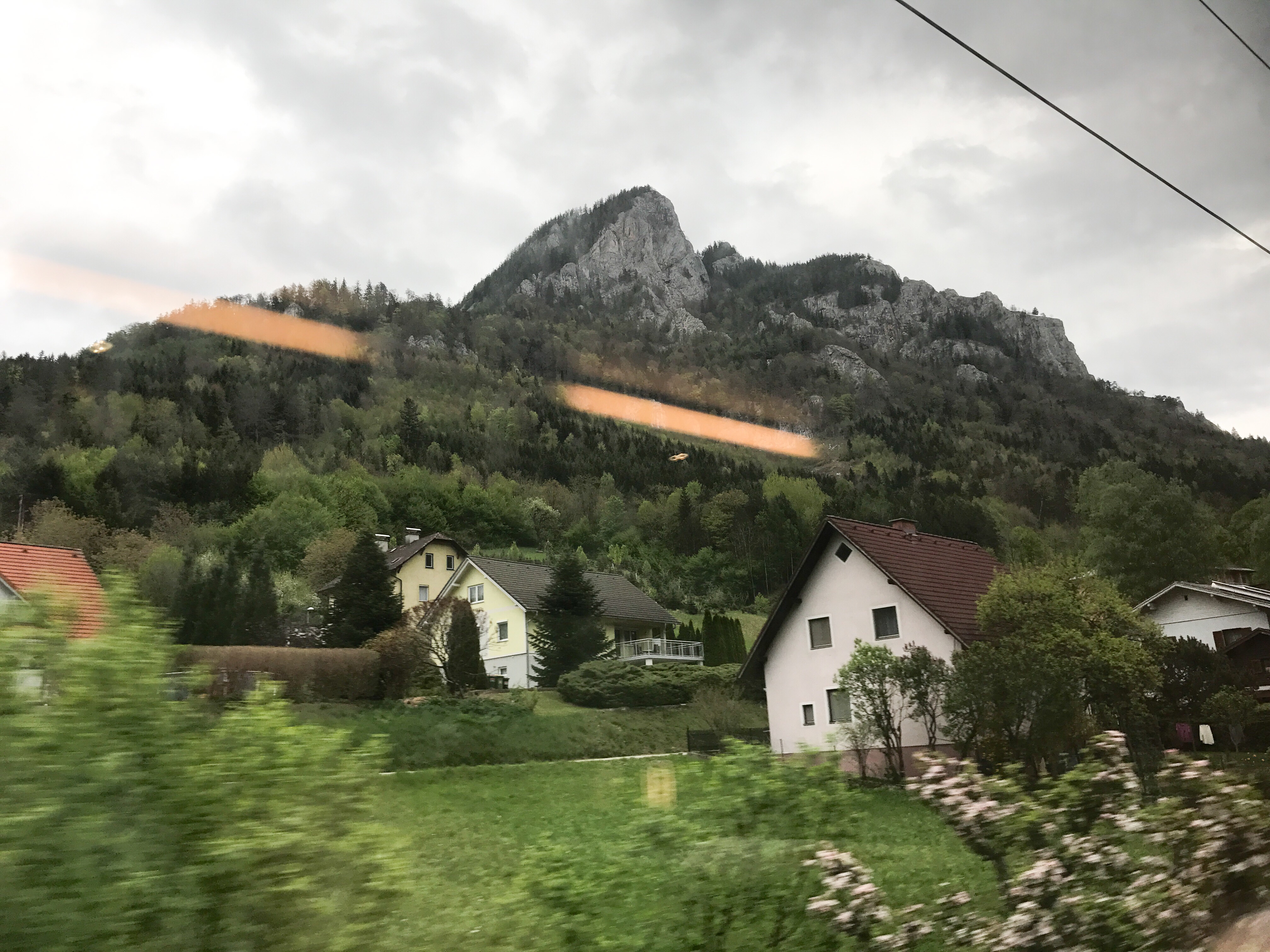 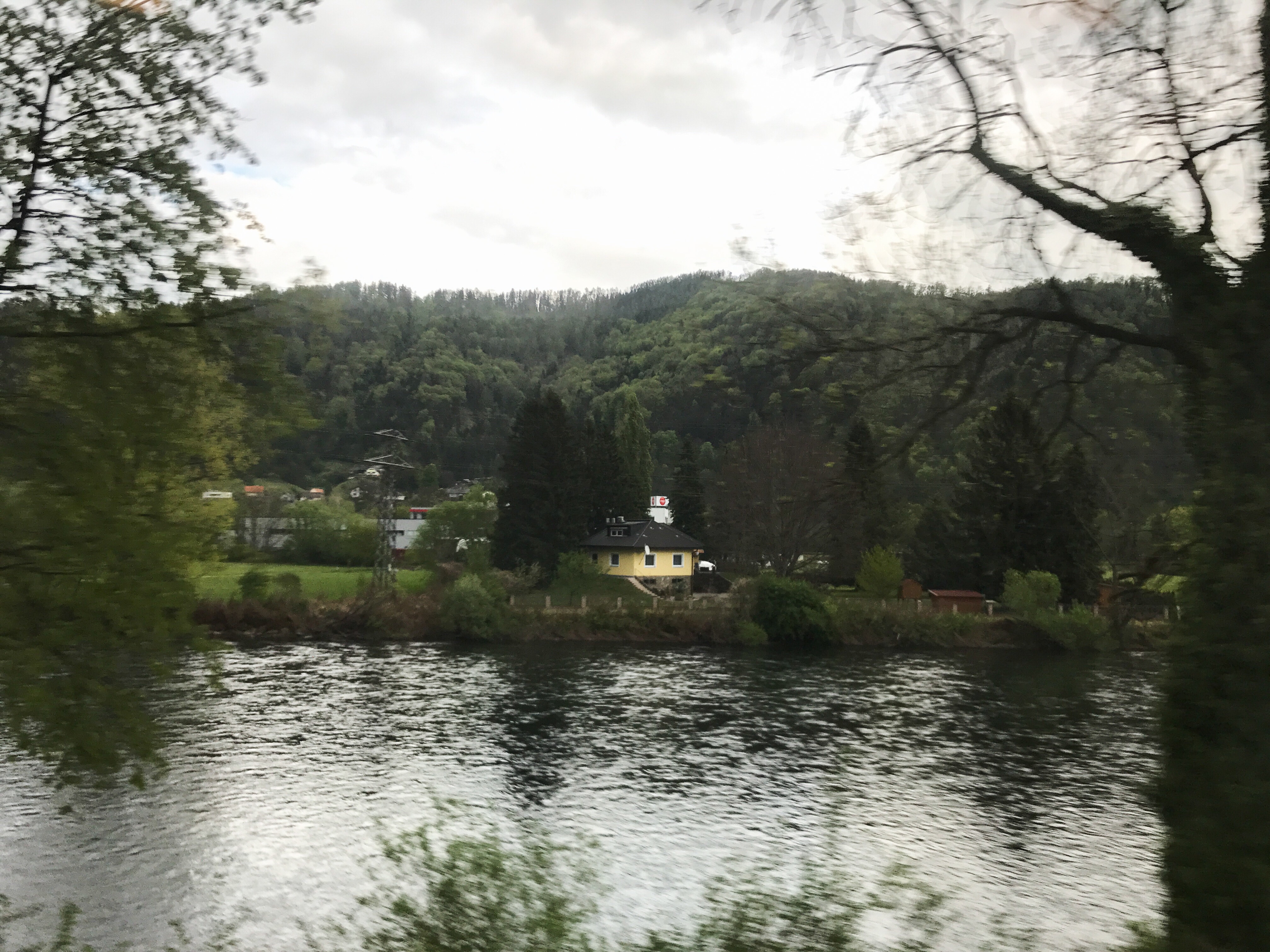 Upon crossing the Austria-Croatia border, the train stopped for the immigration check. There was a little drama about a guy who sat in the same cabin with me and 3 other people. He had been drinking since our departure in the afternoon. After his disappearance halfway in the journey, he came back shortly before the checks. He was obviously drunk and had difficulty to behave; he was talking back and had difficulty standing. An Indian lady sitting facing me said she was scared of him. But the immigration officers handled him separately. After all the small drama involving the drunk guy, we were asked questions quite critically, which made me worry. I did not expect such tight checks at the borders; I did not have any checks travelling between the other countries. I was asked my name, age, and nationalities, despite that information written on my passport. They asked about the countries I have travelled for the past weeks, and I stutter because I was not prepared to recall where I have been. I think because of my nerve, the check on me took slightly longer as the officers contacted the office to check on my status. My name was spelt out and my passport number repeated view time. Eventually, though, I got cleared. “Phew, that was tough,” the Indian lady said to me while giggling. 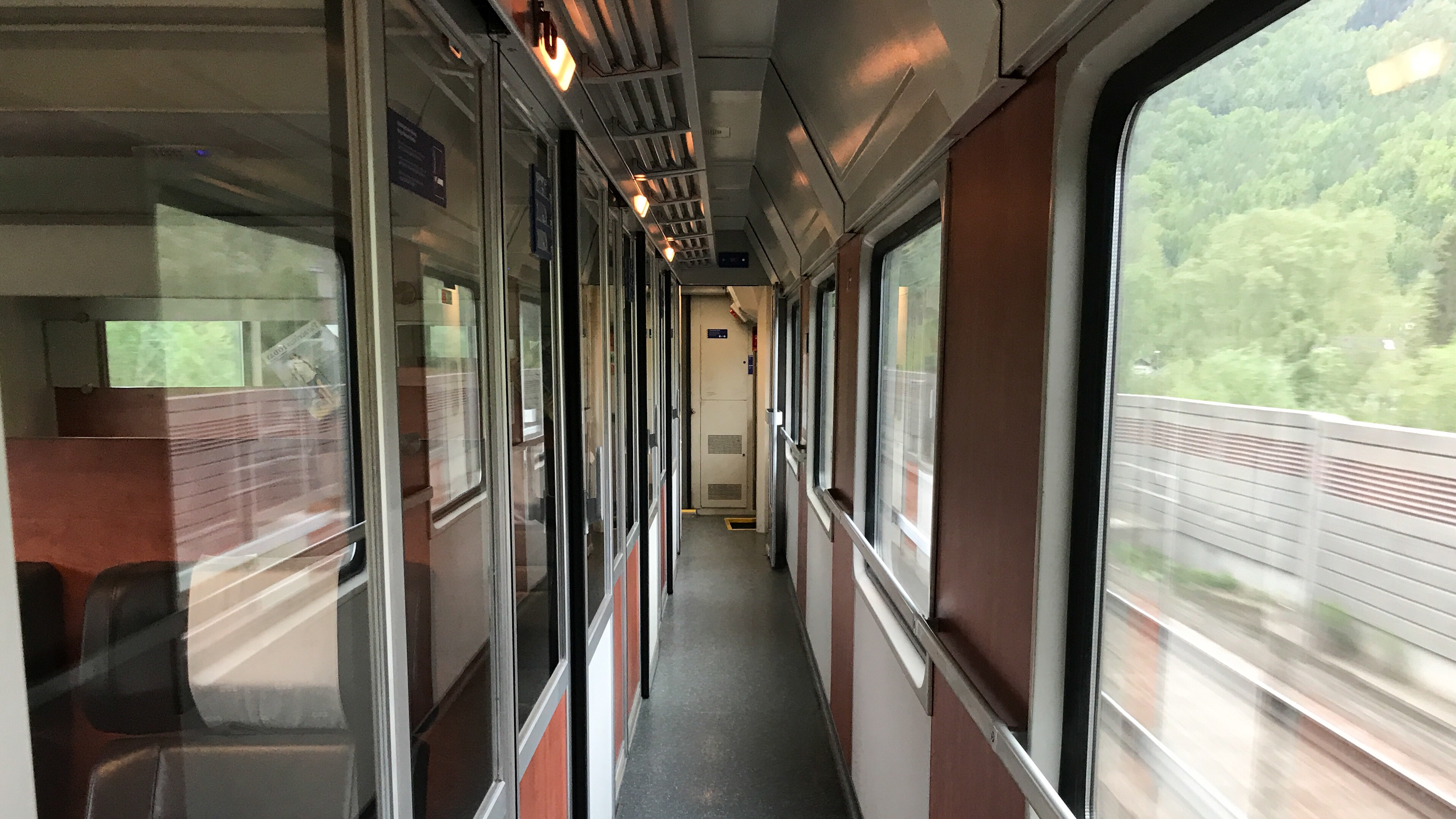 I arrived at Zagreb that night with no local currency and most of the shops were already closed. Luckily, I was able to find my way to the hostel which was a thirty minutes walk from the train station. It was a quiet walk along the park Josipa. I met fellow travellers from the US who made the ambience in our shared room comfortable, unlike most awkward situations I had in other hostels. But then, he started talking about where he’d been for the months of his travels and I started to get bored. Don’t get me wrong, I was not being rude. I was just tired, I guess.

I joined yet another free tour of the city that started at Josip Jelačić monument in the Old town. It was the busiest square with markets, restaurants and public transportation stops. 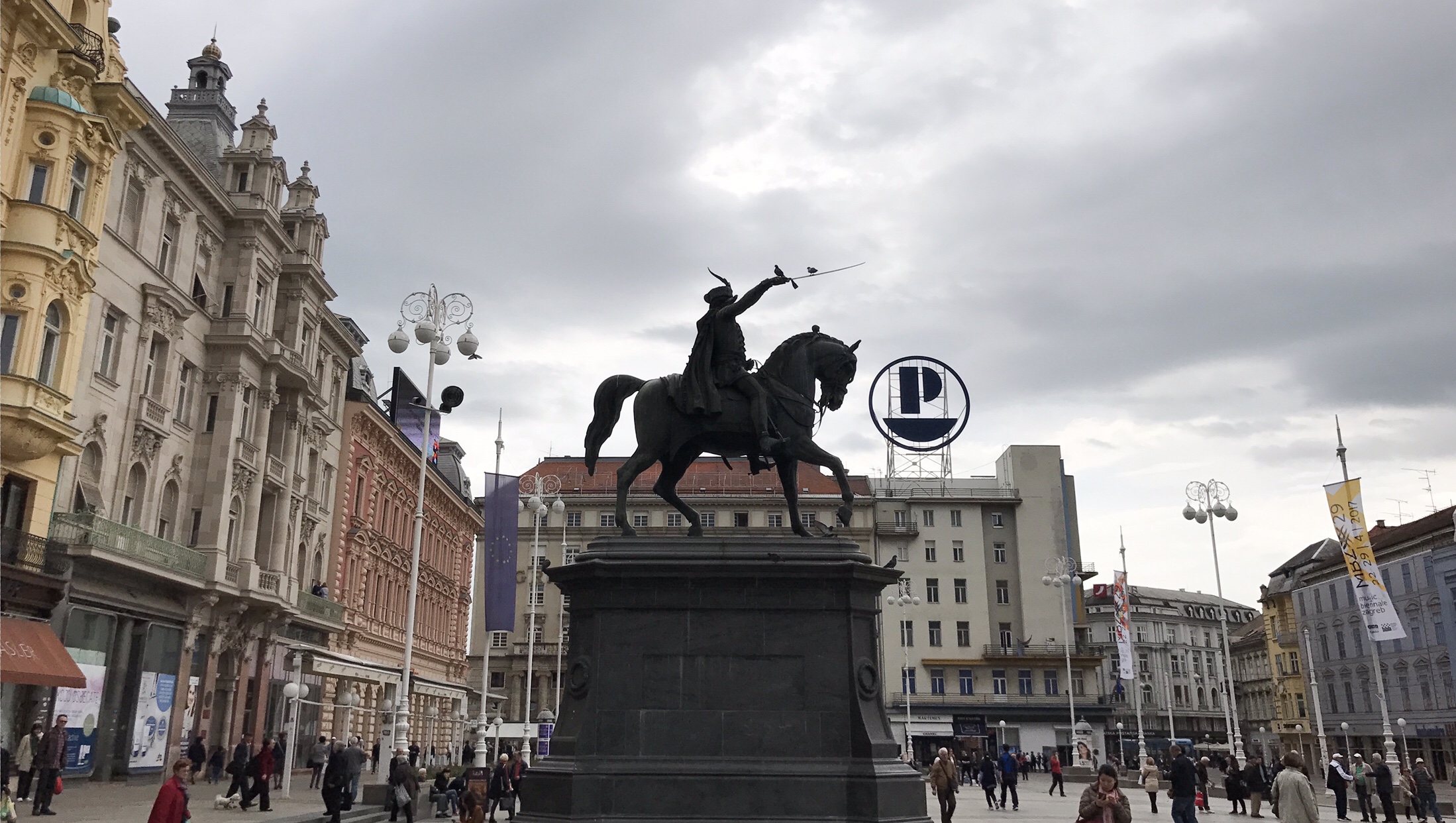 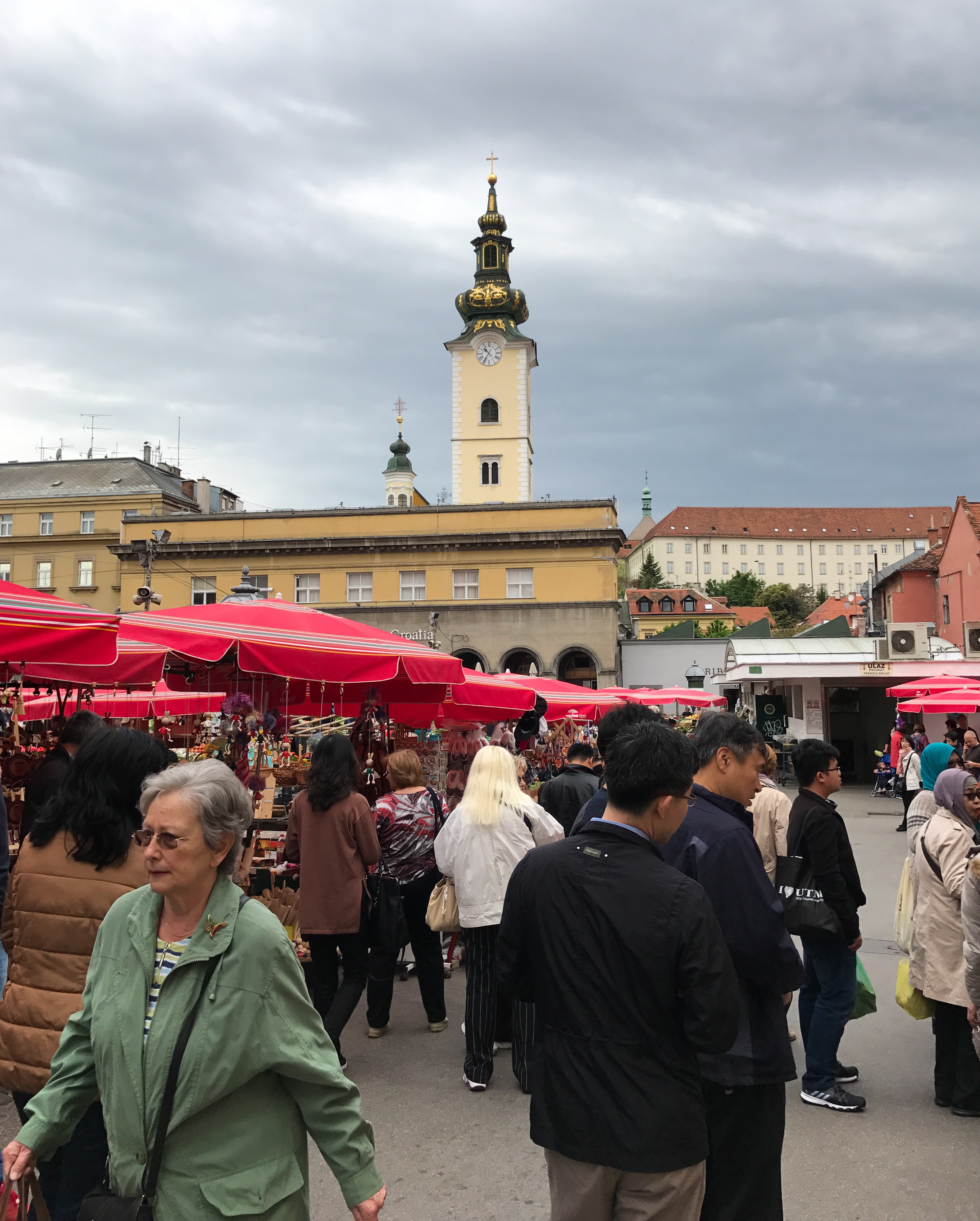 While waiting for the guide, I met fellow travellers from diverse backgrounds. I had to be careful, I told myself because I tend to move from one person and another, genuinely asking them where they were from and what they did and so on. It was thrilling to know about their experiences because most of them were happy to share, but only when prompted. That made me even more curious. I met a guy who was working at one of the hostels as he travelled across Europe in his gap year. There was a girl who did 90 days of organic farming in Ireland without any farming experience. There was a mother with her son, who was collecting video clips of the landmarks in the city. His gadgets were cool. He even had a feathery microphone attached to his DSLR. There was another girl who was really into hiking. I could see it from her style; wind-proof track pants, trekking shoes and a 35-litre backpack. She also had her hair tied and a pair of reflecting shades on her head. Ah, people who travel are very interesting when they are really passionate about it, without having to boast. Zagreb old town was small and really chill. With bars and garden seat of the restaurant in the light spring weather, the old town was the place to hang out. It was pretty walkable too. I really liked the over-feel of the city. 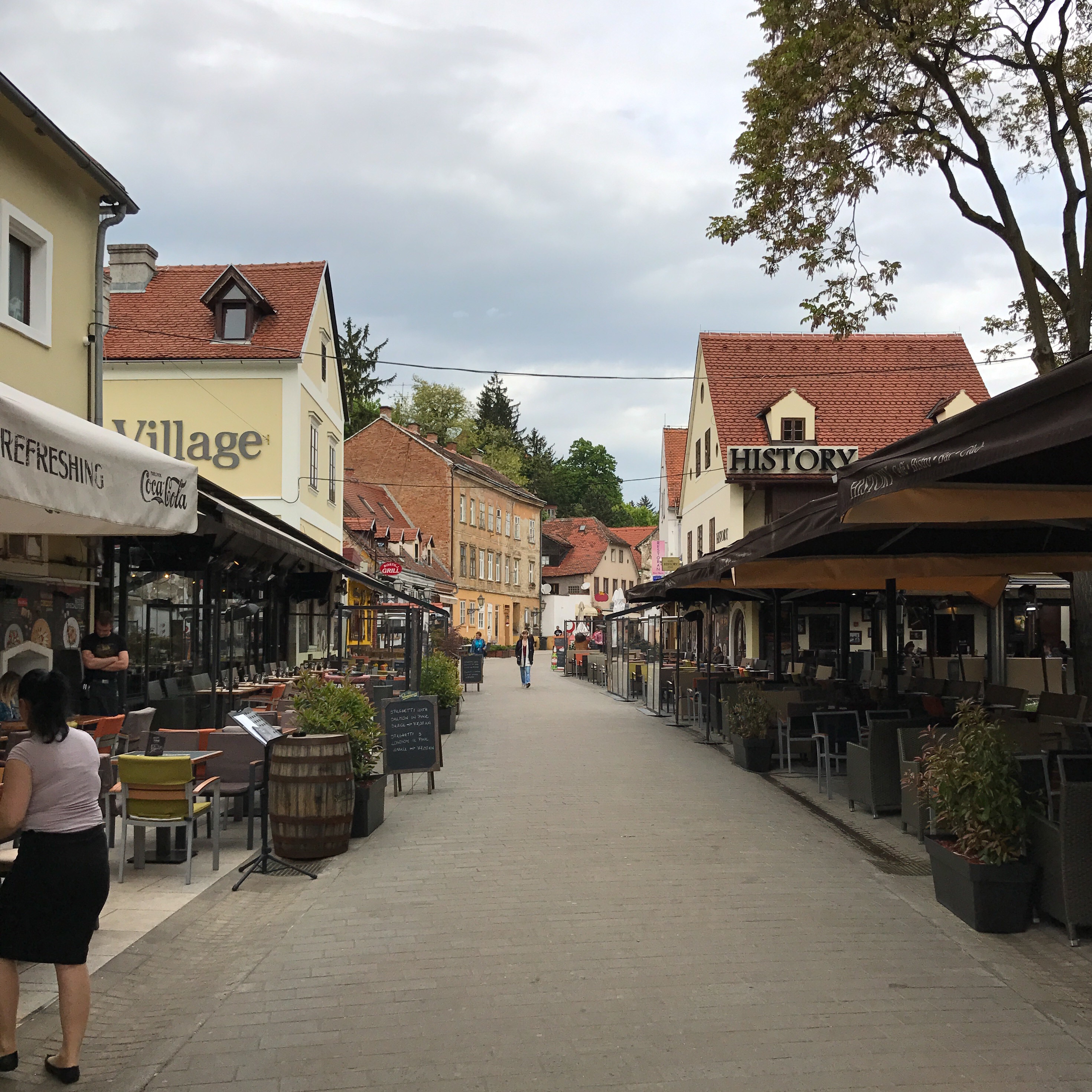 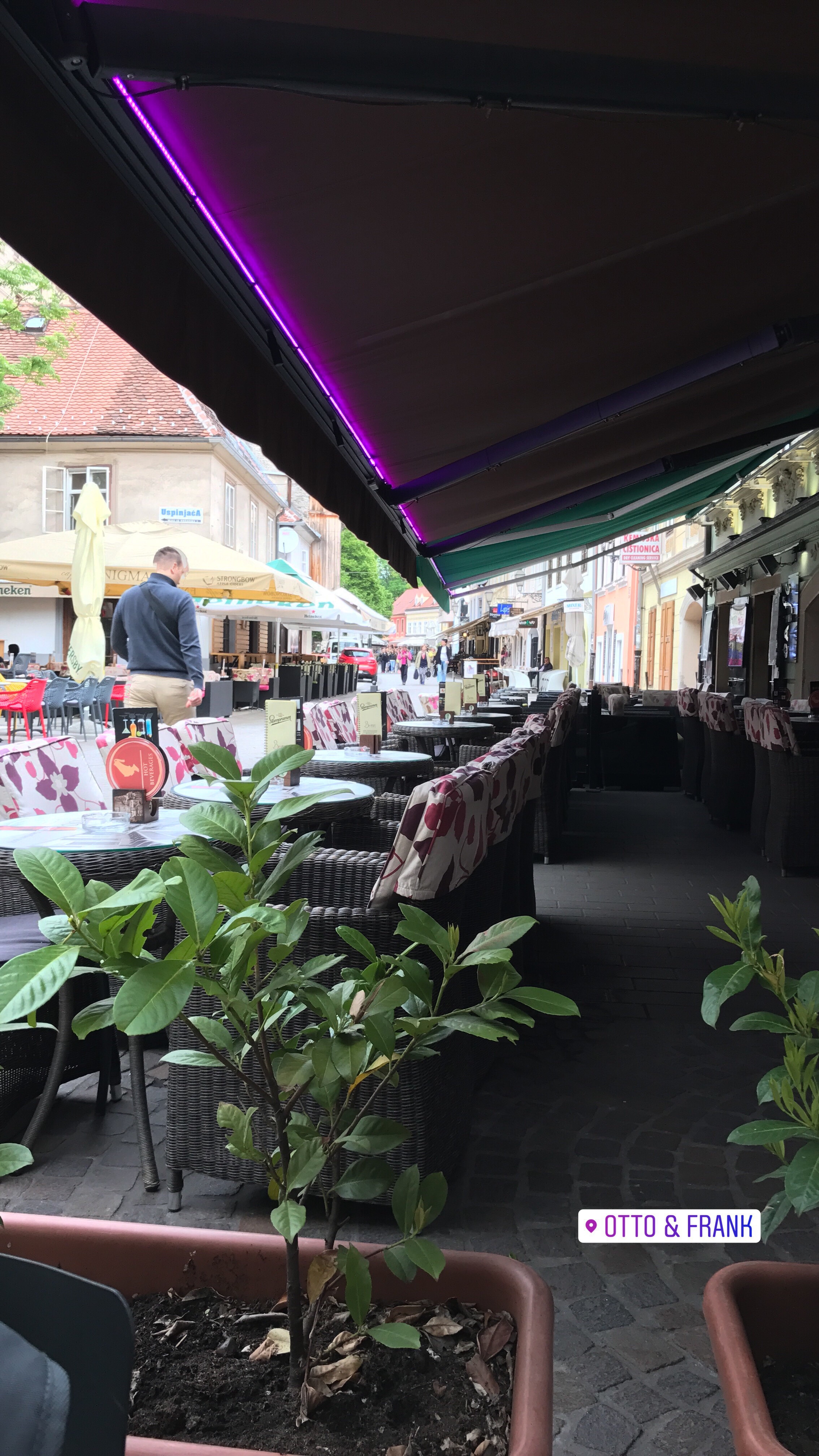 The neighbourhood and landmarks of Zagreb were pretty unique too. During the tour, I was brought to the Cathedral of the Assumption. What intrigued me was the entrance to the church. Such minute details carved delicately on the arches. It was especially impressive because apparently, the church survived the war. The free tour guide had a good sense of humour when she said that the renovation of the right tower has been going on for 27 years and that she was also 27 years old; she had not in her life seen the scaffolds on the tower off before. The group was told that after a number of renovations, the church managed to get donations from all around the world, including grand chandeliers that were received from one of the casinos in Reno, US. 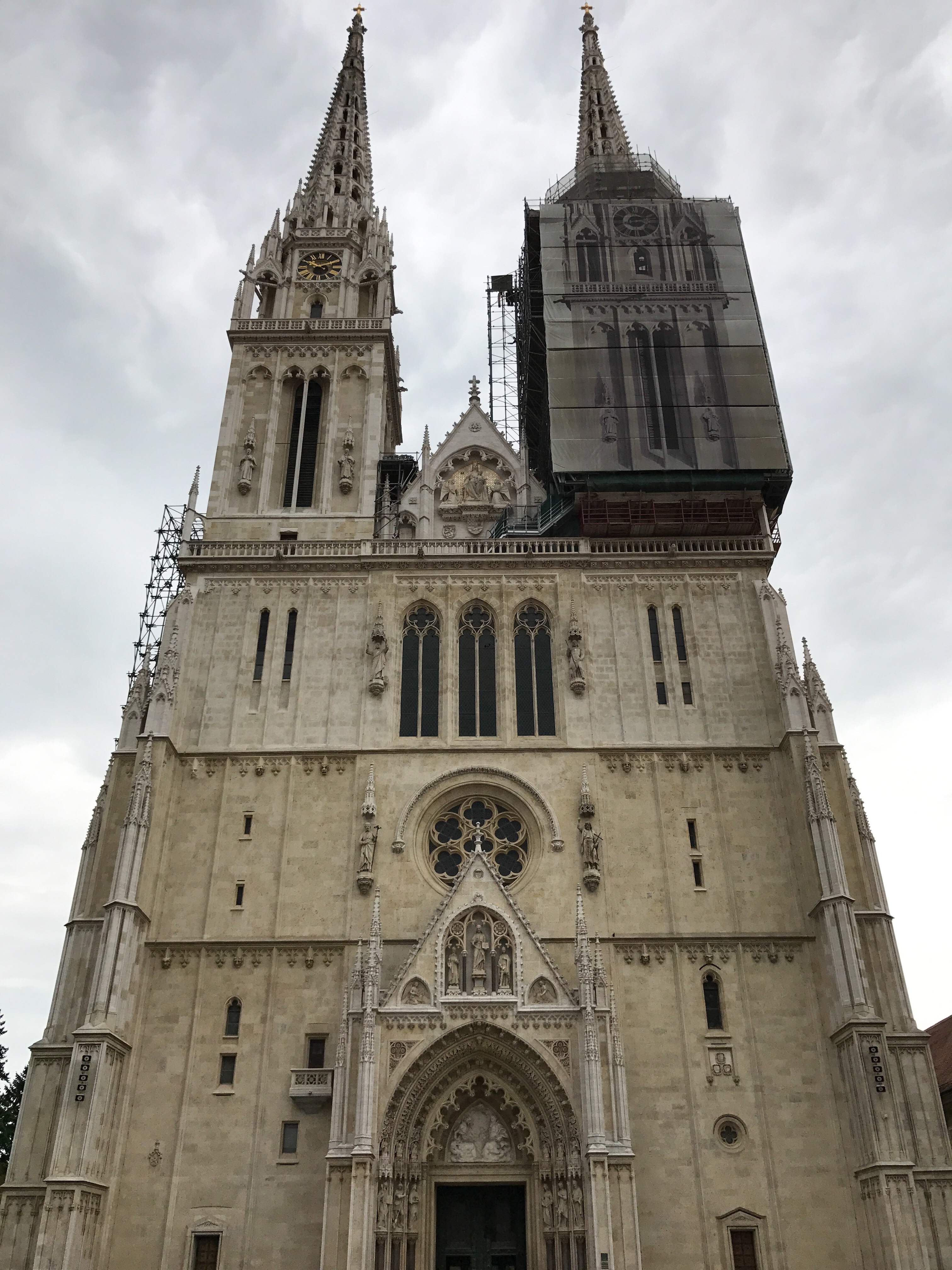 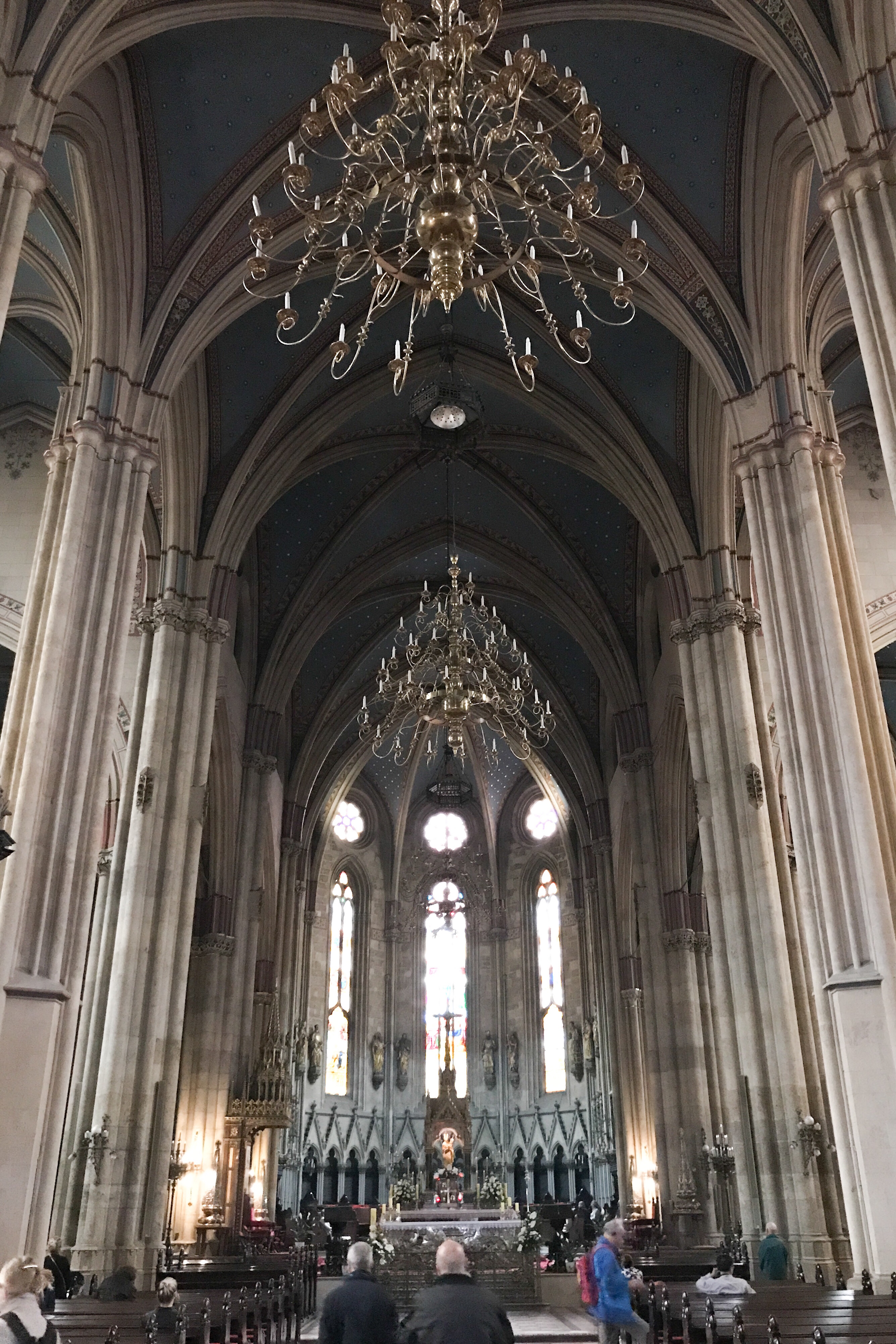 The guide also brought us to the Lotrščak Tower right beside the Funicular Railway, a short tram that brings people up the old town. It was a particularly crowded for some reason. I did not know what was going on. There were kids on a school field trip and other tourists hanging around. When the guide was talking to us about the history and what-not, she touched on a small detail about a cannon blast, which with such a perfect timing, blasted right above us. It took me awhile to realise what had happened. The tour guide was having a good laugh at everyone. She knew that the cannon was about to blow at 12pm. While everyone was still excited afterwards, she told us that the guy who blasts the cannon every day is known by everyone in town. As the guy packed up and exited the south tower, everyone greeted him with smiles, some with applause which he happily responded with a bow. It was a lovely scene.

I spent the rest of the day taking pictures of the buildings in town and visited one of the popular museums in the city, Museum of Broken Relationships. The museum featured items from people all around the world that reminded them of their past relationships; couples, siblings, friends, families. Visiting the museum actually left me feeling rather sad. There were good stories of relationships that ended up with tragedy or even situations where two great lovers just could not stay together because of other priorities in their lives. Ah, relationships are complicated. 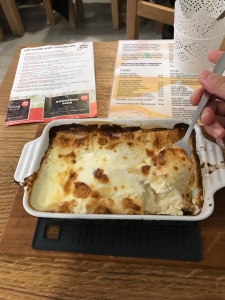 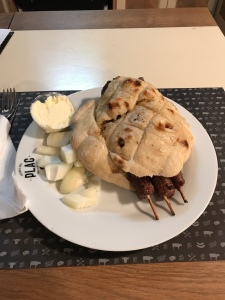 Of course, I also managed to get overview pictures of Zagreb from a high point, just like I did in other cities.