Today was the start of my East Europe adventure. And I already made a mistake. I was supposed to catch a 9:30 flight towards Warsaw in the morning and I had to return the hostel key. Unfortunately, the reception was only going to be opened at 8 am. I was worried, of course. I know that the airport was not that far from the city, but standard timing is to be at the airport 2 hours before the departure. I was at 7:30 not able to sit down anymore.

I called the three phone numbers written at the receptionists’ desk without any response. Luckily after a few more tries, a person picked up and told me that he was on his way to the hostel. Good, I thought. Except that when he promised 10 minutes, he really meant that he was going to open the desk at 8 AM sharp. I have to admit that the lie calmed my nerves. But I decided to order an Uber 10 minutes before 8 and was ready to lose my deposit. I mean I would definitely choose the flight that I have bought over a small deposit. By the time the receptionist arrived, I got my deposit and rushed to the Uber which came just right when I got to the main gate.

I tried to remain calm and not to tell the driver that I was kind of late. But I did feel my pupils constricted. I was totally panicked.

Yup. I cursed more nowadays. Especially when seeing a queue over the only counter that was opened for 3 flights of the same airline. I had to do visa clearance for non-EU (which I did not really understand what it means at that point in time). So although I was already checked in online, I still had to report to the counter.

20 minutes passed. I got cleared and rushed to the security checks.

I am sorry for my language. But there were 3 layers of the queue for the security checks of about a hundred people. It was 8:50 am. I just felt like the most unlucky person that day.

In the middle of the line, there was a split line into two heading for the 6 or 7 x-ray checks that were opened. I just happened to choose the line that was leading to only two x-ray checks, one of which was for the crew. The only thing that kept me positive that I was going to catch my flight in time was another person behind me who was also going to Warsaw.

Now, here is the part why I said I did not understand what the visa clearance was for. In my panicked state of mind, I thought that I was supposed to go through an immigration clearance before exiting the country. So naturally, I was looking out for the sign for custom or immigration to get my passport stamped. The duty-free shop that I walked past seemed endless as I rushed towards the gates. After rushing for a good 10 minutes, I asked a crew from another airline about the immigration clearance. She gave me a weird look and honestly, I suddenly became so self-aware of my race, I almost felt offended that she did not understand my question. She patiently explained that they do not do that in the airport. As long as you passed the security gate after scanning the boarding pass, you are ready to fly.

I do not know what I was feeling. All I know is that I was tired. Also, I forget to mention that the airline only allowed me to take one cabin bag with me. So going back to the point before security check, I was trying to squeeze an entire backpack into a larger athletic bag that was already 3/4 full. I am amazed at how I managed to roll everything that was roll-able and fit them all in the bag. I was rushing to the gate holding a laptop, a water bottle, a neck pillow around my neck and an athletic bag that looked like it was ready to explode.

And the flight was delayed. Great. I was picturing my straight my expression was in my mind. But I took the time to calm myself down.

I fell asleep at the beginning of the 2.5 hours flight, not realising that the plane had took off. I woke up because I thought the crew was giving out refreshments, except that it was a budget flight and I had to pay for one. So I ended up killing time reading the travel magazine which had an amazing section on Via Dinarica (Link: via-dinaria.org). I am a fan of long treks, despite not being able to actually doing one. This particular route starts from Slovenia and makes its way down Macedonia, passing through five other countries. The pictures of the small villages in the mountains were so breathtaking to look at. I just knew deep down that I am going to do it someday.

Upon reaching Warsaw, I took the local subway that cost me 40 pence to the central train station which then took me down south to Cracow. At one point on the 2-hour ride, the view was plain white. It was snowing heavily, and I knew I was screwed. I had not expected snow in the spring weather. I only had my superdry windproof jacket with me for such weather. 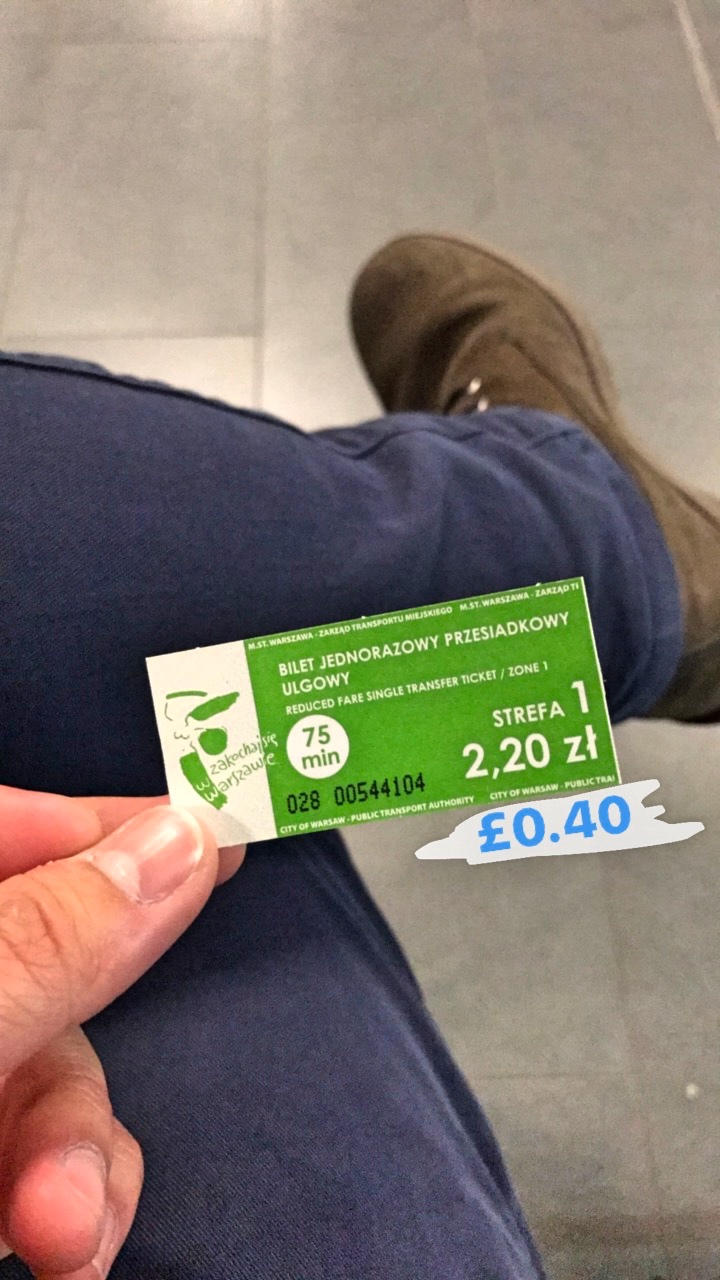 Thankfully, Cracow was not snowing. It was a bearable 4 degree that was comfortable enough for me to walk to the hostel that I had booked on hostel world.

It had been a long day travelling down to Cracow. I wanted to have a quick dinner that night but ended up checking out the old town with my plain ready-to-bed shirt under my superdry jacket. Also, I ate McDonalds for convenience sake. I really did not have the mental capacity to think of what local delicacy I want to try in the new city.

I called it a day in Cracow.

This was my first night in East Europe. 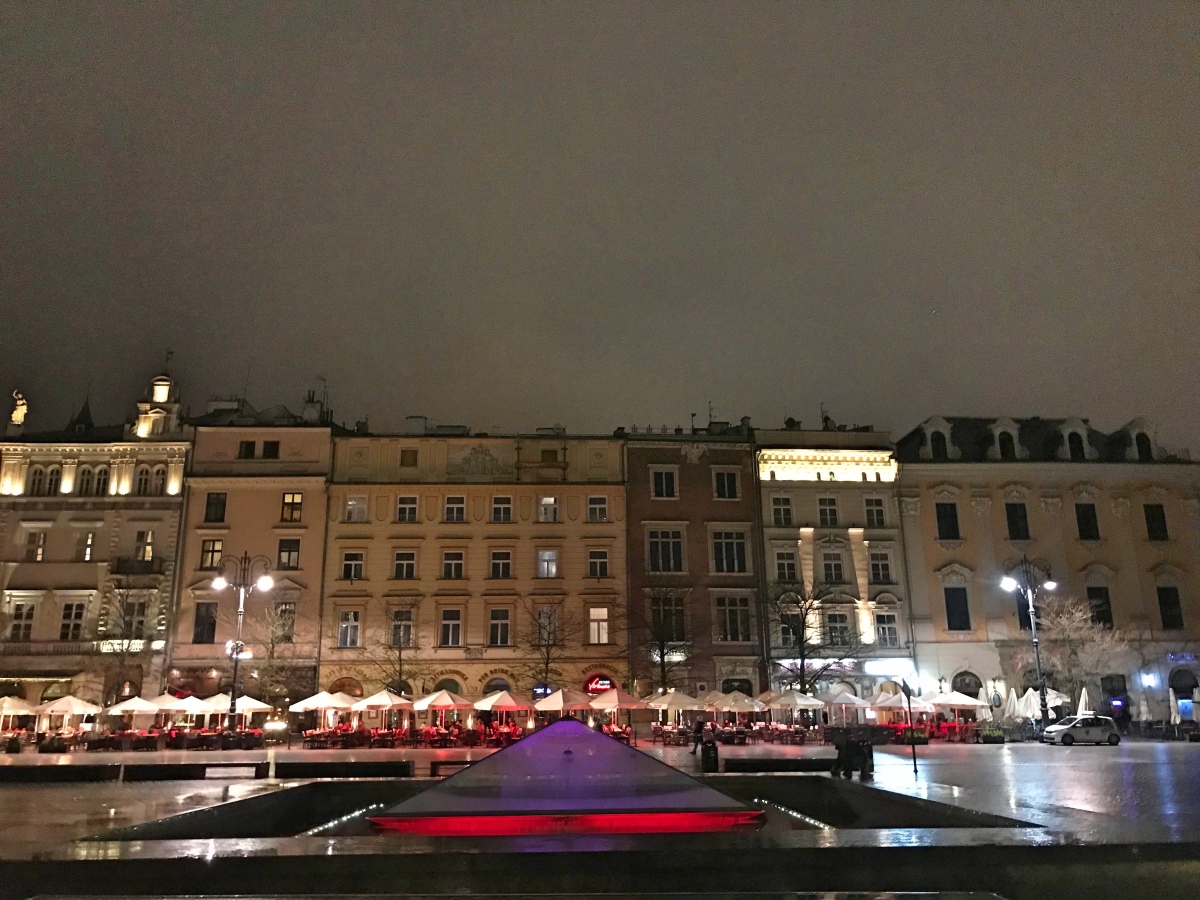